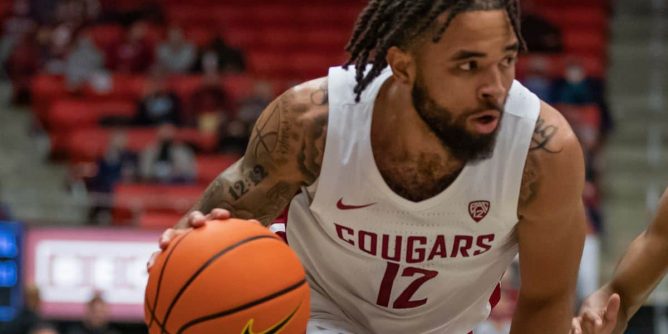 The Washington State Cougars (14-10, 7-6 Pac-12) battle the #13 UCLA Bruins (17-5, 9-4 Pac-12) in a conference clash between two teams struggling down the stretch. Washington State has dropped three games in a row, and the Bruins have fallen in three of their last four. Thursday’s matchup will be the first of the season between the two Pac-12 opponents.

Thursday’s tipoff is at 11 p.m. EST inside Pauley Pavilion in Los Angeles, CA. UCLA is an 8.5 point favorite, and the over-under is 129.5 points.

What to Know – Washington State Cougars

Washington State attempts to stop the bleeding Thursday night after losing its last three conference tests. Before the losing streak, the Cougars were one of the hottest teams in the Pac-12, winning five-straight contests. WSU is in sixth place in the current Pac-12 standings.

Washington State made a charge late, but a 3-point field goal with a minute to go pushed the Oregon Ducks to victory at home, 62-59. The Cougars’ Michael Flowers led all scorers with 23 points, and Noah Williams came off the bench to add 13. Washington State shot only 30.1% from the field and hit just 8-of-33 attempts from deep.

The Cougars are 11-13 against the spread but 5-2 ATS on the road this year. Wazzu is 9-4 ATS over their last 13 contests against UCLA.

What to Know – UCLA Bruins

The Bruins haven’t played their best basketball, losing three of four games and tumbling in the conference standings. UCLA is now three games back of Arizona for the top spot and a likely four-seed in the NCAA Tournament if the season ended today.

USC handed the Bruins its fifth straight loss in the rivalry on Saturday night, beating UCLA 67-64 at home. Tyger Campbell netted 27 points for the Bruins, hitting 13 of 14 shots from the free-throw line. The Bruins shot an underwhelming 30.2% from the field in the defeat.

UCLA escaped with a victory against the Wazzu the last time these two teams met earlier this season. The game was a tightly contested battle, with the Bruins leaving Pullman with a two-point victory. Expect another close one Thursday night, with both teams fighting for key conference win as the regular season winds down.