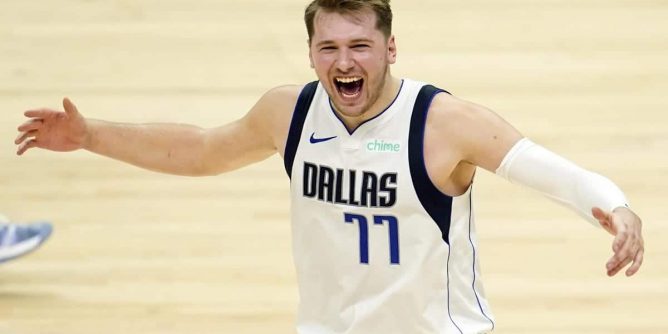 The Utah Jazz (40-23, 18-13 away) clash with the Dallas Mavericks (39-25, 22-11 home) in a Western Conference showdown on Monday night. Dallas looks to push its winning streak to five games while the Jazz won Sunday night and look to win back-to-back contests.

The matchup tips off at 8:30 p.m. EST inside American Airlines Arena in Dallas, TX. Dallas is a 1.5-point favorite, and the over-under total is at 217.5 points.

What to Know – Utah Jazz

The Jazz has won four of their last five contests and moved to fourth in the Western Conference standings. Utah’s won the first two meetings between the two teams, both games happening in Utah.

Bojan Bogdanovic set a franchise record hitting 11 3-point field goals, scoring 35 points, and leading the Jazz to a 116-103 victory over the Oklahoma City Thunder on Sunday. In three games, Donovan Mitchell added 24 points and ten assists for his second double-double. The Jazz held OKC to 8-of-40 (20%) shooting from deep.

What to Know – Dallas Mavericks

Dallas can win its fifth game in a row and narrow the gap between them and the Jazz in the Western standings. The Mavericks are in fifth place in the conference, 1.5 games behind Utah.

Playing without star Luka Doncic, the Dallas Mavericks overcame a 19-point deficit to beat the Sacramento Kings, 114-113 on Saturday. Dorian Finney-Smith hit a trey with 3.3 seconds remaining to capture the victory for the hosts. Spencer Dinwiddie paced the Mavs with 36 points, and Jalen Bruson added 23.

Dallas and Utah meet up for the third time this season, with the Mavericks searching for their first win against the Jazz in their third attempt. Doncic is probable for Monday’s contest, and his availability will be vital for the Mavs. If Doncic is unavailable, look for Dallas to lean on guards Dinwiddie and Brunson again to lead the Mavs offense.

Utah is 3-6 playing on zero days rest, and Dallas enjoyed a day off yesterday. With or without Doncic, we like the Mavericks at home to nab their first win over Utah and a key conference victory.