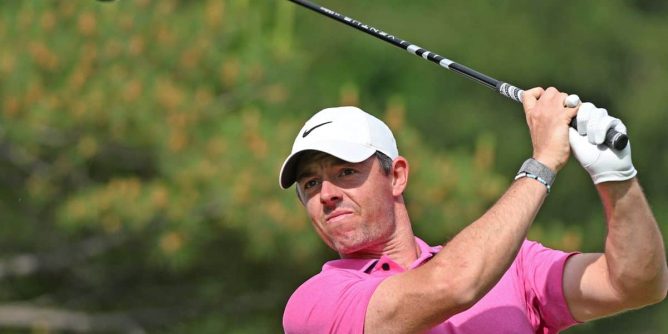 It is here! One of the PGA Tour’s major events will be taking place this weekend, June 16-19, 2022. The US Open will be held at The Country Club in Brookline, Massachusetts, for the 122nd United States Open Championship.

There has been a good bunch of chatter surrounding the game of golf, which is sure to bring in more viewers for this highly anticipated PGA Tour event.

With plenty of stars in the field and plenty of opportunities for many, here are a few of the golfers to look out for as the tournament begins on Thursday.

Rory McIlroy is coming off a victory at the RBC Canadian Open this past weekend. He is one of the most popular golfers in the world, and for a good reason.

He won the US Open back in 2011 at the Congressional Country Club with a -16 score. If he can bring his momentum from last weekend to the US Open, golfers better beware.

With +1100 odds to win the event, McIlroy is the odds favorite for the event. He is a man on a mission, and he will look to win another US Open Championship this weekend.

The 2015 winner of the US Open will look to be at the top of the leaderboard once again. As one of the best young golfers in the sport, Spieth will look to add to his win total as he has a victory this season at the RBC Heritage.

Jordan currently has +2800 odds to win the US Open. As a golfer with experience in high-tense events, Spieth is a solid pick as an underdog heading into the weekend.

Most Talked About: Dustin Johnson

Dustin Johnson will be bringing plenty of spotlight to this weekend’s PGA Tour event. He is the highest-ranked golfer to state that he is partaking in the newly formed LIV Golf.

Johnson is still a viable candidate to win this year’s tournament as he still possesses top-end golfing ability. The winner of the 2016 US Open will be a popular pick among fans.

Currently, Johnson has +4500 odds to win the event. If he can make it into the weekend, expect a bigger and bigger crowd with each passing day.

Phil Mickelson has been one of the most sought-after professional golfers for the past decade. Lefty, as many fans call him, will look to conquer his career grand slam woes.

In what seems to be his kryptonite, Mickelson has yet to win the coveted US Open tournament. He has finished in second place six times in his career.

As a vocal player to be participating in the LIV Golf tour, Mickelson would love to complete his career grand slam with a win in Massachusetts. Phil is a long shot at +22500 odds to win the event. If Phil makes the cut, truly, anything can happen over the weekend.

All in all, the US Open will be bringing plenty of conversation among fans. This will be a highly tense event as these golfers will be competing to bring home the prize from one of the US Open’s top major events.