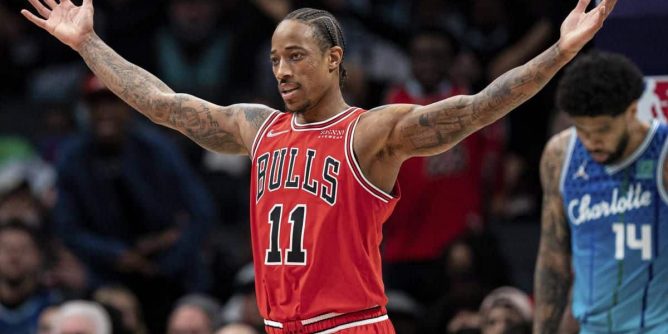 The Toronto Raptors (40-31, 23-15 away) meet up with the Chicago Bulls (41-29, 25-10 home) in an Eastern Conference showdown featuring two of the top teams in the league. Chicago owns a 2-1 record against the Raptors in previous contests this year.

Monday’s tipoff is at 8 p.m. EST inside the United Center in Chicago, IL. The Bulls are a 4.5-point favorite, while the over-under total is at 224.5 points.

What to Know – Toronto Raptors

Toronto heads into the week winners in six of its last seven matchups. The Raptors sit in seventh place in the Eastern Conference, seven games back of the leading Miami Heat. Following Monday’s contest, the Raptors will close out the regular season with eight of their last ten games at home.

The Raptors came away with a 93-88 road win Sunday night against the Philadelphia 76ers. Pascal Siakam led the way for Toronto, scoring a game-high 26 points and securing ten rebounds. Precious Achiuwa added 21, and Scottie Branes provided 13 points in the victory.

What to Know – Chicago Bulls

The Bulls stumble into Monday’s contest losers of their last three matchups. Chicago has tumbled down to fifth in the conference after sitting at the top earlier in the year. The Bulls close out the regular season with six of their last 11 games on the road.

The Bulls needed a weekend off after suffering a 129-102 setback against the Phoenix Suns on Friday night. DeMar DeRozan paced the Bulls with 19 points, and Nikola Vucevic supplied 16. Chicago was outrebounded 49-37 and gave up 11 3-point field goals to the Suns.

Chicago is 37-32-1 ATS this year and 23-12 ATS on their home court. The Bulls have covered the spread in just one of their last ten games.

Monday’s contest looks to be a like a nice bounce-back spot for Chicago. The Bulls are well-rested and get a Raptors team that is playing the second night in a row. Chicago has been dreadful against the spread lately, but they figure things out and knock off the Raptors at home.