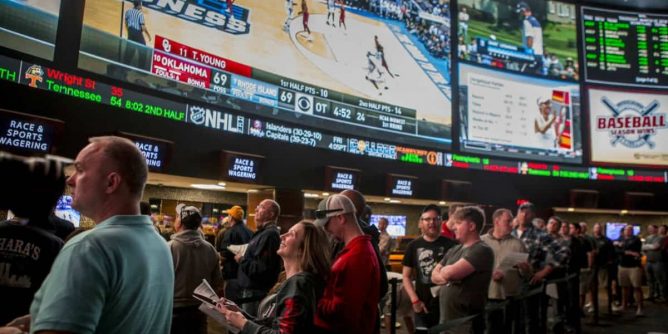 Iowa continues to be a strong market in the sports betting industry as the Iowa Racing and Gaming Commission reported a handle of $147.9 million for May. The Hawkeye State also became the 11th state to hit the $1 billion benchmark in 2022.

Taking a Look at the Win Rate and Revenue Generated

Despite the summer months’ downtrend kicking in not only in Iowa but also across the United States, the overall handle since the launch began in August 2019; the handle is just less than $100 million short of reaching the $4 billion mark. If the operators accept at least $100 million in June, Iowa will be just the state to clear that benchmark.

The monthly handle may have dropped a noticeable amount, but the revenue experienced a slight increase of 1.9 percent from April. Operators in the state generated a combined revenue of $12.6 million due to an overall win rate of 8.5 percent, which exceeds the national average by a solid margin.

This was easily more than double May 2021’s total revenue of $6.1 million. The win percentage for May was the highest recorded since November 2020, when the bookmakers had a combined win rate of 9.3 percent.

Those that reside in Iowa have benefited from the state removing the in-person registration rule. Bettors across the state wagered $134.3 million on mobile platforms, which is approximately 90.8 percent of the overall handle.

The one sportsbook formerly known as William Hill was the one bookmaker that led the way in terms of the market share when the in-person registration rule was still in effect as the operator had numerous retail locations. However, online sports betting has been proven to be more convenient due to its accessibility.

In regards to market share, DraftKings finished on top of the leaderboard for the third consecutive month with a handle of $38.5 million.

FanDuel secured second place as the operator accepted about $31 million, while Caesars dropped to third place for the first time as the sportsbook registered a handle of $30.1 million. BetMGM was the only other operator to register eight figures as it had a handle of $16.4 million.

FanDuel generated the most revenue for the month with a total of $3.7 million due to a double-digit hold rate of 12 percent. DraftKings followed with $3.1 million with a hold of 8.1 percent.

Its win rate was above six percent for the first time in 16 months, as Caesars barely exceeded the $2 million territory. BetMGM was also fourth in the revenue category with $1.6 million in revenue, thanks to a hold of 9.7 percent.

What is the Outlook for Iowa as the Slowdown Continues

The monthly handles will mostly drop again for June and beyond as operators wait for the NFL season to start. However, Iowa should be able to hit the $100 million mark to clear $4 billion.

Retail sportsbooks have also reported losses for May as the results didn’t favor the house. However, the Hawkeye State continues to be a solid market for the industry.