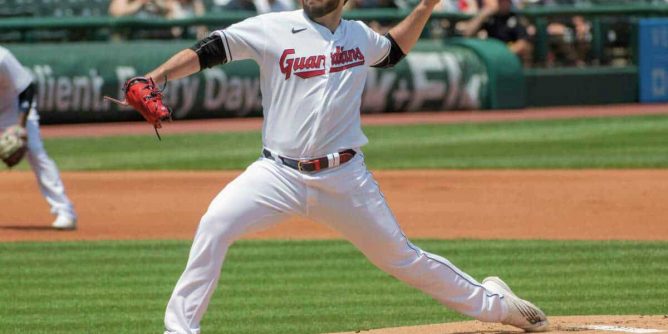 The Cleveland Guardians (24-25, 11-8 home) host the Texas Rangers (25-28, 12-12 away) in a double header on Tuesday after Monday’s series opener was postponed due to weather. The two teams face each other for the first time this season.

Tuesday’s nightcap is scheduled for a 7:10 p.m. EST first pitch at Progressive Field in Cleveland, Ohio. Cleveland is the betting favorite (-120), and the over-under total is eight runs.

What to Know – Texas Rangers

Texas comes into the week having lost four of its last five contests and is 5-5 over its last ten contests. The Rangers are third in the American League West, nine games back of the first-place Houston Astros.

The expected starter for Texas in game two is left-hander Taylor Hearn (3-4, 5.48 ERA, 1.74 WHIP). The southpaw aims to get back into the win column after suffering his fourth loss of the season in his last appearance on the hill. The 27-year-old has thrown 44.1 innings this year, surrendering 27 runs on 54 hits and 23 walks, with 41 strikeouts.

Adolis Garcia won’t win any batting average awards, but the 29-year-old outfielder leads the Rangers with 36 runs driven in and 29 runs scored, thanks to ten home runs. Texas went out and grabbed shortstop Corey Seager in the offseason, and while the talented former Dodger is hitting well below his career average, Seager does lead the Rangers with 11 home runs.

The Rangers score 4.3 runs per behind a .231 team batting average that ranks 24th in the majors. Texas’ pitching staff sits 13th in the MLB with a 3.78 team earned run average.

What to Know – Cleveland Guardians

The Guardians roll into the week winners of five of their last six and a 6-4 mark over their previous ten contests. Cleveland’s recent success has pushed them to second in the AL Central, just 4.5 games behind the Minnesota Twins.

Third baseman Jose Ramirez continues to be the driving force in the Guardians’ lineup. The All-Star infielder leads the team in batting average (.291), home runs (14), and RBIs (53). His 53 runs driven in is second in the majors.

Cleveland is tenth in the league with a .245 team batting average, scoring 4.6 runs per game. The Guardians’ pitching staff is 12th in the majors with a 3.72 team ERA.

It is always tough to predict the second game of a doubleheader because you are unsure which players will sit or play. Cleveland’s offense can take advantage of Hearn’s command issues and get on the board early to provide the rookie Pilkington some breathing room. Two similar teams, but we’ll side with the hosts in the nightcap.