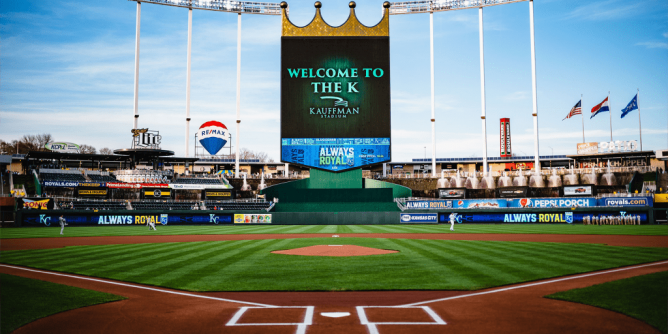 The trap line Spidey senses are tingling looking at the May 22ndTwins at Royals betting matchup. Oddsmakers have the visitors a +107 underdog despite Minnesota taking the first two games in this series and sitting atop the AL Central at 24-16.

The Royals have dropped three in a row coming into Sunday’s series finale and are just 14-25 on the year. That includes going just 3-10 in their last 13 home games yet KC is still priced at -115 here. Setting up the trap seems to have worked with 65% of the betting public on the Twins.

Twins Have the Brooms Out

There’s a lot to like about Minnesota in the May 22nd Twins at Royals betting matchup. Rocco Baldelli’s squad is priced well (+107), have won the first two in this series by a combined score of 15-6, and have won 5 of their last 7 in Kansas City. On top of that, Royals starter Brady Singer is 1-5 with a 6.00 ERA in 7 career starts vs. Minnesota.

The Minnesota bats are alive this weekend at Kauffman Stadium – and sometimes they haven’t had to be with the team drawing six walks in each of their last two games. Carlos Correa has returned to the lineup following a finger injury and is 3-8 while also hitting a double on Saturday.

Perhaps the reason Minnesota is an underdog on Sunday is due to Bailey Ober (1-1, 2.75 ERA) taking the mound for the first time since April 28th. He’s missed his last few turns through the rotation with a groin injury but had allowed 2 ER over three starts prior to getting banged up.

Kansas City outhit Minnesota 11-7 on Friday night but it still wasn’t enough in the 6-4 loss. The Royals managed just two runs in Saturday’s 9-2 defeat, with those losses coming as +116 and +131 underdogs respectively.

Now the Royals try to get the win on Sunday as -115 favorites. Whit Merrifield was 2-3 with a walk in the series opener and Andrew Benintendi was 3-3 on Saturday so the potential is there, KC just needs to put everything together in the same inning.

Singer is the x-factor in Sunday’s matchup. The Royals got just 3.2 IP from Daniel Lynch in the series opener but Brad Keller helped relieve the bullpen a bit after throwing 7.0 IP in Saturday’s loss. Singer is back up in the Majors after a demotion, and wants to stick around after throwing 7.0 IP of shutout ball on Tuesday vs. the White Sox.

The public loves Minnesota as the underdog, and why shouldn’t they after the Twins have taken the first two games of this series? The Twins could get on a roll here as their next 13 games are against the Royals and Tigers, with Minnesota having a great chance to pad their 4.5 game lead in the Central.

Sunday’s line is also tricky though – why exactly are the Twins underdogs? Sure Ober hasn’t started in nearly a month, but this will also be just the 2nd time that Singer starts this season after coming up from the minors. The Twins look like the easy play, KC looks like the right one.