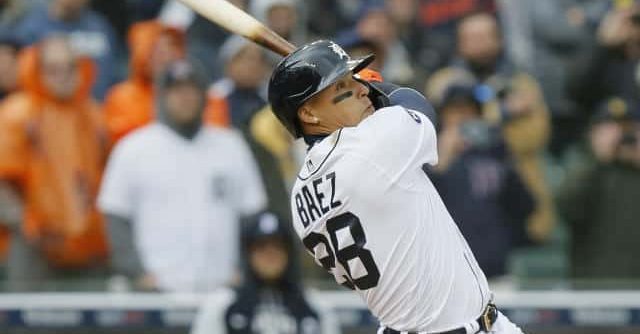 A couple of AL Central combatants meet up in the rubber match of the Opening Weekend series. Detroit was able to get a late 5-4 comeback win on Friday before Chicago took a 5-2 victory on Saturday meaning the April 10th White Sox at Tigers betting matchup could go either way.

Chicago was 12-7 vs. Detroit last season, so getting a series win is a big goal for the White Sox on Sunday. At the same time the Tigers finished 16 back from the Sox in the division, so taking the opening series would be huge for this revamped Detroit squad. The White Sox are the biggest favorites they’ve been all weekend (-140) so we will see how it goes.

White Sox Try to Wrap it Up

Chicago won the AL Central with a 93-69 record last season, and although there’s a ton of season left you have to believe they want to take the opening series from Detroit. If Tony LaRussa gets another pitching performance like he did in the Dylan Cease 5.0 IP, 2 hit performance from Saturday then Chicago will be well on their way to 2-1 on the year. Cease is now 9-0 in 10 career starts vs the Tigers.

Michael Kopech makes his fourth career appearance vs. the Tigers on Sunday, trying to improve on a 1-1 record with 6.57 ERA vs. the team.  Chicago is expecting big things from Kopech who made 4 starts and 40 relief appearances last year, going 4-3 with a 3.50 ERA. Kopech threw just 4.0 IP in the spring (6.75 ERA) so he’ll likely be used for just 4-5 innings before Vince Velasquez or Reynaldo Lopez takes over.

While Chicago may have some questions about their pitching on Sunday, the offense can take a lot of those worries away by getting off to another fast start. The White Sox have scored 5 runs in the first two innings of the last two games, with Luis Robert going 4-8 so far on the young season. A.J. Pollock also has four hits in two games, but he left Saturday’s tilt with some hamstring issues.

Tigers Up and Down

In many ways Detroit should probably be 0-2 to start the season, but they got four runs in the 8th and 9th on Friday to capture the 5-4 Opening Day win. Chicago flexed their muscles in Saturday’s 5-2 win even though the Sox are now just 2-5 in their last 7 in Detroit.

The first two games at Comerica Park have been marred by cold, overcast weather. If not for those conditions Detroit’s Javy Baez may have 2-3 home runs on deeply hit balls that were held up by the weather. Baez is still 4-9, but temperatures are going to be pushing into the 50s on Sunday with a slight breeze blowing out so perhaps the Tigers’ offense opens up a bit.

Tarik Skubal gets the ball on Sunday coming off an 8-12, 4.34 ERA season a year ago. Skubal is 2-1 with a 6.50 ERA in four career appearances vs. Chicago but he’s had some struggles against Jose Abreu (5-11) who has started the year 2-7. The Sox should be getting Tim Anderson (5-10 vs. Skubal) back for Sunday after serving a two game suspension.

There’s some value on Chicago at -140 here even though it is their highest price of the weekend. Getting Anderson back will be a big boost to the White Sox lineup and Kopech has the potential to be great, even if it’s just over 4.0 to 5.0 IP.