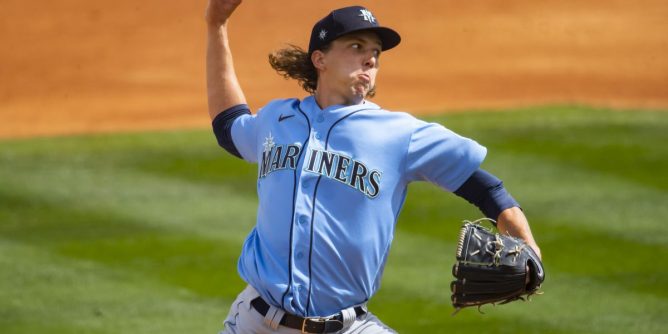 Houston has won three in a row against Seattle and owns a 9-6 head-to-head record this season.

The first pitch of Thursday’s contest is at 8:10 p.m. EST at Minute Maid Park in Houston, Texas. Houston is the betting favorite at -140, and the over-under total is eight runs.

What to Know – Seattle Mariners

Seattle comes to Texas after a three-game sweep of the Texas Rangers in Washington. The Mariners shot up the divisional standings when they rallied off 14-straight to end the second half but remain ten games behind the Astros in the AL West.

Rookie outfielder Julio Rodriguez has taken the MLB by storm and now leads the Mariners’ offense with 18 home runs and 56 runs batted in. His effort over the first half led to an appearance in the All-Star game and runner-up finish in the Home Run Derby. Ty France and Eugene Suarez add 51 RBIs apiece.

The Mariners rank 23rd in the majors with a .236 team batting average that produces 4.1 runs per game. Seattle’s pitching staff sits fifth in the MLB and fourth in the AL with a 3.57 team earned run average.

The Astros return home after a rare three-game sweep at the hands of the Oakland A’s. Houston will try to end the losing trend Thursday night but remain comfortably in the top spot of the division.

The Astros offense is headlined by the superb hitting of Yordan Alvarez, who’s swatted 29 home runs and driven in 67 RBIs. Kyle Tucker continues to rake at the dish with 64 RBIs and never count out the bats of Alex Bregman and Jose Altuve.

Houston scores 4.4 runs per contest behind an offense that is 19th in the league hitting .239 as a team. The pitching staff for the Astros is second in the MLB and first in the AL with a 3.06 team ERA.

Not easy to shy away from one of the best teams in the AL at home. But the Mariners have been playing well over the last month and have their ace on the mound. We will take the value and plus-money here.