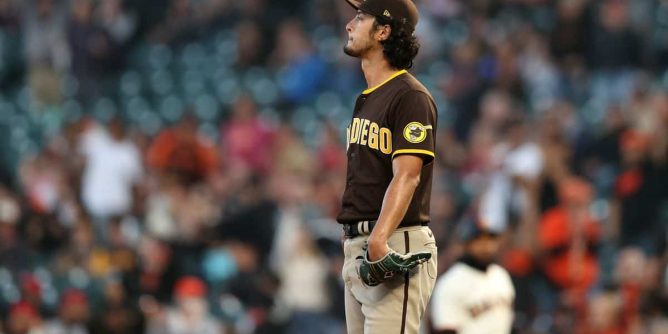 The first pitch of Sunday’s contest is at 7:00 pm EST at Dodger Stadium in Los Angeles, California. Los Angeles is the betting favorite at -135, and the over-under total is 8.5 runs.

San Diego needs a win Sunday night to stop a three-game losing skid and get back into the win column. The Friars sit comfortably in second place in the National League West, trailing the Dodgers by 14.5 games.

The Padres’ offense got a major boost right before the trade deadline, with the addition of Juan Soto in arguably the biggest move of the final day for trades.

Soto has picked up hits in all four games in a Padres uniform (5-for-14). Manny Machado continues to lead San Diego’s offense with 19 home runs, 60 runs batted in, and a .293 batting average.

On offense, San Diego scores 4.4 runs per game thanks to a lineup that ranks 17th in the league with a .241 team batting average. The pitching staff for the Padres boasts a 3.81 team earned run average, ninth in the majors.

The Dodgers are riding a seven-game winning streak into Sunday’s showdown and wins in ten of its last eleven contests. The Dodgers sit atop the NL West standings holding the best record in baseball.

Los Angeles is blessed with one of the best offenses in the majors and a lineup filled with All-Stars. Trea Turner has driven in 77 runs, and leadoff hitter Mookie Betts leads the team with 25 home runs. Freddie Freeman is hitting .322 and is second on the team with 69 RBIs.

The Los Angeles offense is third in the majors, hitting .253 and averaging 5.3 runs per contest. The Dodgers’ pitching staff is the best in the MLB, with a 2.90 team ERA.

The Dodgers have been on a tear recently and now own the best record in baseball. But, the Dodgers’ winning streak is halted Sunday night behind the pitching performance of Darvish. San Diego scores enough to get the road win and thwart a potential sweep.