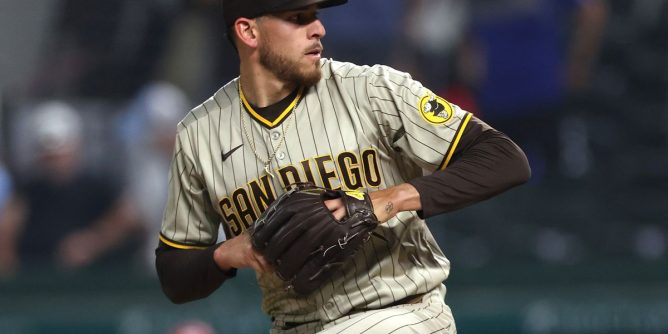 Wednesday’s first pitch is scheduled for 8:40 p.m. EST at Coors Field in Denver, Colorado. The Padres are the betting favorite at -170, and the over-under total is 10.5 runs.

San Diego comes into the final week of the first half, just 4-7 in games played in July. The Padres are still in the playoff picture but 7.5 games back of the leading Los Angeles Dodgers in the National League West.

On the mound for the visitors is expected to be right-hander Joe Musgrove (8-2, 2.09 ERA, 0.93 WHIP). The 29-year-old is off to a fantastic start this year and will be make his first All-Star appearance next week.

Musgrove has dropped his last two starts after beginning the season with eight wins and no losses.

Frenando Tatis Jr. continues to work his way back from a wrist injury, putting a lot of the offensive workload on Manny Machado. Machado’s been a great leader offensively, pacing the Padres with 15 home runs and 51 runs batted in. Jake Cronenworth adds another source of run support with 45 RBI and a team-high 54 runs scored.

The Padres are 18th in the majors, hitting .240 as a team and scoring 4.3 runs per game. San Diego pitching ranks seventh in the MLB and third in the NL with a 3.67 team earn ed run average.

What to Know – Colorado Rockies

The Rockies are 6-6 this month, with five games to go before the pause in action. Colorado has San Deigo’s number this year, with a 6-3 head-to-head record against their divisional rival. The Rockies sit in fourth place in the NL West.

Righty Chad Kuhl (6-5, 4.02 ERA, 1.35 WHIP) is the probable starter for the hosts. Kuhl has picked up a pair of victories over his last three starts, even though he has seen a rise in his ERA. The 29-year-old surrendered five earned runs in his last start against the Padres in June.

C.J. Cron is enjoying his time in the Mile High city and reaping the rewards at the dish with 20 home runs and 67 RBIs, both on pace to shatter his single-season highs. Cron missed Tuesday’s matchup with a wrist injury but is listed as day-to-day. The veteran Charlie Blackmon is also having a bounce-back season at the plate, hitting 14 home runs and 50 RBIs.

Thanks to their location above sea level, Colorado is the best hitting team in the NL and third in the majors, with a .257 team batting average that produces 4.4 runs per contest. The pitching staff for Colorado is 28th in the league, sporting a 4.94 team ERA.

If Cron can go, that helps the Rockie chances but expect Colorado to play it safe heading into the break. Without their best hitter in the lineup, the Rockies will struggle to keep pace with the Padres offense that beat up Kuhl once this season.