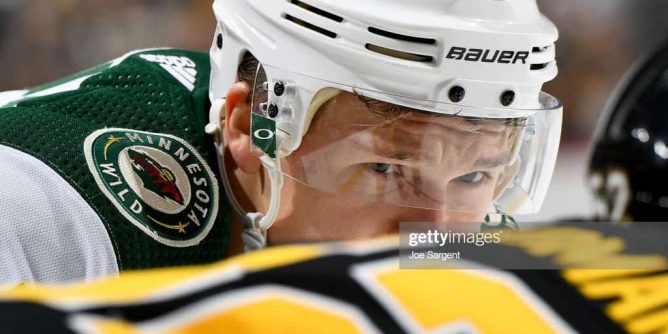 Minnesota will try to extend their winning streak to 8 games when they host Pittsburgh in the March 31st Penguins at Wild betting contest. The impressive stretch has Minnesota up to 86 points on the season, but that still isn’t enough to get within striking distance of President’s Trophy front-runner Colorado (100 pts).

Pittsburgh on the other hand has lost three of their last four, but their 90 points still has them in 3rd place in the Metropolitan and just 6 points back from Carolina for 1st in the division. The Wild won the only meeting of the season between these two, 5-4 at PPG Paints Arena way back in November.

Pittsburgh Had Been Playing Well

The Penguins have hit a little rough skid going 1-2-1 over their last four, but that’s also following a nice stretch of five wins in six games. Pittsburgh’s major issue right now is that they seem to be all or nothing on offense, beating Detroit 11-2 on Sunday, but scoring just three goals total in two sandwich losses around that contest.

Pittsburgh’s big guns on offense are all producing over the past two weeks. Sidney Crosby has five goals in his last six games, Evgeni Malkin had a hat trick against Detroit, and had found the back of the net three straight contest prior to that. Bryan Rust has also added 7 points over his past five outings.

Minnesota on a Heater

The Wild have won their last 7 games, but more than that they’ve kind of dominated outscoring opponents 23-10 over that span. It definitely hasn’t hurt that Minnesota has played in St. Paul since March 11th, a 9 game road swing that ends in the March 31st Penguins at Wild matchup. Minnesota has pushed their record to 24-7-1 at xCel Energy Center this season.

It’s no surprise that Kirill Kaprizov has been red hot lately, scoring five goals in his last four games. Kaprizov has 82 points, just one shy of Marian Gaborik’s single season franchise record. Minnesota’s defense has also been on point lately too though, with Marc-Andre Fleury picking up the win in each of his first two starts with the Wild and Cam Talbot on a personal 8-game win streak, allowing 2 goals or less in five straight. Talbot is up in the rotation on Thursday.

Minnesota is a -130 favorite on Thursday night as they play their 9th straight home game. The Wild have won 44 of their last 58 in St. Paul, but the Penguins are also 16-7 in their last 23 on the road. 56% of the betting public likes Minnesota in this matchup.

Pittsburgh definitely has some value at +108 the way their offense has been playing as of late. You have to like how comfortable Minnesota is playing at home for the last couple weeks though, and both of their goaltenders are playing at an elite level right now, especially Talbot who is Thursday night’s starter.

Kaprizov will blow away the Wild single season scoring record (as long as he stays healthy) and he should get it on Thursday in front of the home crowd.