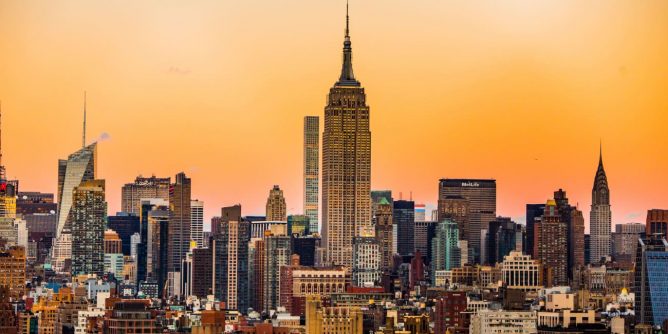 Mobile sports betting in New York has been struggling these last few months compared to the last few months. For the second consecutive month, the monthly handle has missed the $1 billion mark.

The Handle Received a Slight Boost in August

Sportsbook operators in the Empire State registered a handle of $872.2 million during August. Last month’s handle was slated at $800.8 million, which was the lowest number in the state’s history.

July was a down month for the industry as the MLB was the only major league that was in season. As the NFL preseason factored into the total handle, the last month of summer was slightly better.

For the first six months of operation, the mobile sports betting handle has surpassed the $1 billion threshold as the launch began on January 8th. As the NFL season gets underway, the handle is likely to rise as New York hosts three football franchises.

The Sports Betting Handle Will Make a Comeback

As the battle for the California sports betting battle continues between the tribes and bookmakers, New York is still undoubtedly the sports betting capital in the industry. The handle may be down in terms of New York standards; however, the handle exceeds those that also release their monthly figures across the industry.

Sports wagering has become second nature throughout the state and has turned into a lucrative business. Part of the revenue generated goes towards youth sports and other programs that are beneficial for those that reside there.

To start the season, the defending champions Los Angeles Rams hosted the Buffalo Bills. The geolocation volume hit the 3.7 million mark, according to GeoComply. Almost halfway through September, bookmakers are looking towards October.

October has one of the longest months on the calendar for the industry. The reason behind that is, the month accompasses five weekends compared to the traditional four. An extra weekend of football could lead to a handle of $2 billion in October.

If that goal is reached, this could lead to a handle of $18 billion for the year. The monthly handles in the Empire State should exceed the $1 billion for the next couple of months.

The Tax Rate Could Stand Pat for the Time Being

The tax rate based on revenue is slated at 51 percent in New York. The only other state with the same tax rate is New Hampshire.

Sportsbook operators in the state have asked for tax breaks as the rates are too high. Most operators won’t become profitable until after the third year of operation. Next year’s state legislative session will feature lobbying and legislative efforts to reduce the tax rate via operator expansion.

Through the first week of September, sportsbooks operating in the state totaled $10.4 billion in handle, $793.9 million in revenue, and $404.9 million in tax revenue. FanDuel is continuing its domination in the state as the competitors are nowhere to be seen. DraftKings is the closest to challenging FanDuel in New York.