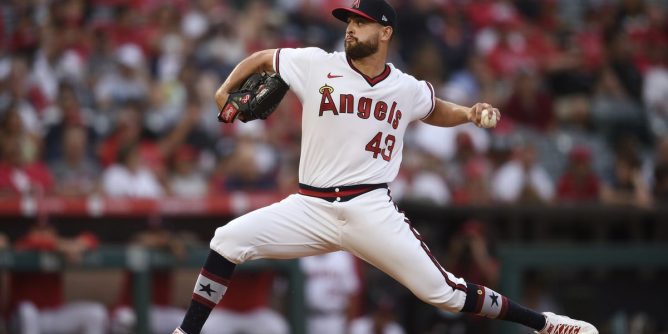 The first pitch of Wednesday night’s contest is at 9:40 p.m. EST inside Angels Stadium in Anaheim, California. New York is the betting favorite at -195, and the over/under total is 7.5 runs.

New York snapped a three-game losing streak with Tuesday’s victory as the Yankees continue to trend downward during the second half of the season. New York remains in first place in the American League East with a seven-game lead over the Tampa Bay Rays.

Right-hander Gerrit Cole (10-6, 3.31 ERA, 1.01 WHIP) gets the call on the mound for the visitors. Cole looked sharp in his last outing, surrendering one earned run over 7.1 innings in a win over Oakland. The five-time All-Star has pitched 157.2 innings, allowing 58 earned runs on 121 hits and 39 walks while striking out 200 batters.

Aaron Judge is the runaway favorite to win the AL MVP, and rightfully so. The outfielder leads the MLB with 51 home runs and 113 runs batted in so far this season. Anthony Rizzo has been a great addition at the dish in his first full year with the Yankees, belting 30 home runs and driving in 71 RBIs.

It has been a tale of two halves for the Yankees’ offense. New York has fallen to 20th in the league, sporting a .240 team batting average while scoring five runs per game. The pitching staff for the Yankees sits third in the MLB, featuring a 3.32 team earned run average.

What to Know – Los Angeles Angels

The Angels had won four straight prior to Tuesday’s defeat to the Yankees. Los Angeles sits well outside the playoff picture and 27 games back in the AL West.

The Angels’ offense is led by the hitting prowess of Shohei Ohtani and Mike Trout. Ohtani has played 36 more games than Trout and leads L.A. with 29 home runs and 79 RBIs. Trout is back in the lineup and healthy, swatting 28 home runs and driving in 58 RBIs through 90 contests.

Los Angeles ranks 28th in the majors with a .228 team batting average and scores 3.8 runs per contest. The Angels’ pitching staff is tenth in the MLB showcasing a 3.80 team ERA.

Someone turned off the Yankees’ offense in the second half, but the team that once held the best record in baseball a few months ago showed life on Tuesday, scoring seven runs. With Cole on the mound, we like New York’s chances to close out the series before heading to an important weekend series in Tampa.