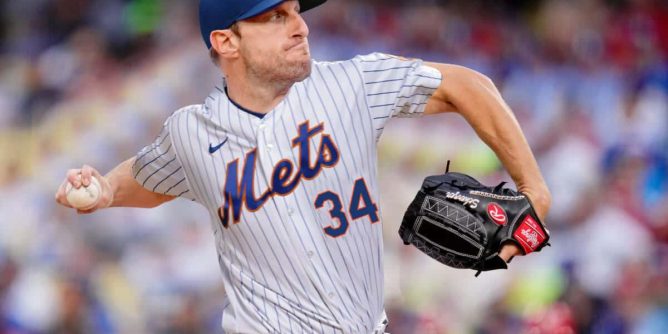 The Washington Nationals begin the 2022 season hosting the New York Mets in a National League East showdown in our nation’s capital. New York opened up the season with a 5-1 victory on Thursday night to begin the year on the right foot. Washington will try and bounce back after their offense’s underwhelming performance.

Friday’s first pitch is scheduled for 7:05 p.m. EST at Nationals Park in Washington, D.C. The Mets are favored (-175) on the moneyline, and the over-under run total is 8.5.

What to Know – New York Mets

New York’s offense got to Washington’s starting pitcher Patrick Corbin in the fifth, plating two runs and sending the lefty to the locker room. The Mets added another pair of runs in the following inning to double their lead and a final run in the seventh. The Opening Day victory was the first for new manager Buck Showalter.

The Mets got clutch hitting from all through the lineup, with eight of the nine starters collecting at least one hit. Outfielder Starling Marte made his Met’s debut, leading off for the visitors and finishing 1-for-5 with a run driven in. Pete Alonso, Robinson Cano, Jeff McNeil, and Mark Canha had two hits apiece.

What to Know – Washington Nationals

The Nationals collected six hits but pushed just one run across in the opener. It wasn’t the performance manager Dave Martinez wanted to see after a poor season last year. Excluding the shortened 2020 year, Washington is coming off its worst season in franchise history since 2009, when the team posted a 59-103 mark.

Outfielder Juan Soto smacked a solo home run in the sixth, providing Washington with their only offense of the night. Catcher Keibert Ruiz was the lone National to collect a pair of hits, including a double. Nelson Cruz went 0-for-4 in his Washington debut.

Washington counters on the mound Friday with right-hander Josiah Gray. Gray appeared in just 14 games last year, making 13 starts between time with the Dodgers and Nationals. The hard-throwing 24-year old went 2-2 with a 5.48 ERA and a 1.36 WHIP.

Not the start the Nationals wanted after finishing in last place in the NL East in 2021. Unfortunately for Washington, it doesn’t get any easier Friday when they try to find their offense against Sherzer.

Sherzer should have a good understanding of how to attack many of his former teammates at the plate. The addition of Marte atop the Mets offense looks like it will pay dividends for its run production. New York controls this from the first pitch and cruises to another divisional victory.