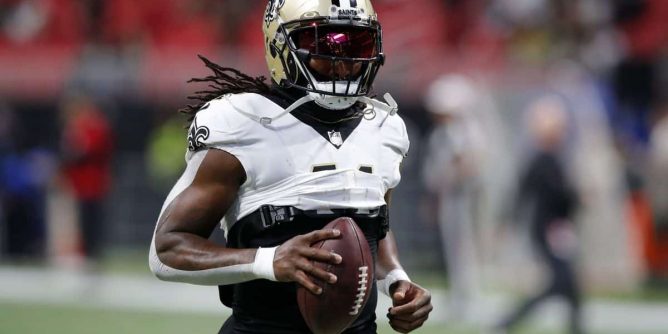 The Green Bay Packers (0-1) host the New Orleans Saints (0-1) in the second week of the NFL Preseason. Both franchises opened up the preseason with defeats, the Saints falling 17-13 to the Houston Texans and the Packers falling 28-21 to the San Francisco 49ers.

Friday’s kickoff is at 8 p.m. EST inside Lambeau Field in Green Bay, Wisconsin. The Packers are a 3-point favorite, and the over-under total is 38.5 points.

What to Know – New Orleans Saints

New Orleans looks to get into the win column on Friday night after suffering a four-point defeat at the hands of the Houston Texans during the opening week of the preseason. After spending seven seasons as the Saints’ defensive coach, head coach Dennis Allen was elevated to head coach during the offseason.

Jameis Winston didn’t take any snaps in the preseason opener, and the projected starting quarterback won’t play in Week 2 as he recovers from a knee and foot injury. Backups Andy Dalton, Ian Book, and KJ Costello will handle the quarterbacking duties for the Saints. Dalton was a perfect 5-for-5 against Houston with a touchdown pass.

Starting running back Alvin Kamara also stayed on the sideline last week, and if he does see some carries Friday night, don’t expect him to play more than a couple of series. New Orleans featured a handful of rushers against the Texans and will do much of the same against Green Bay.

Wide receiver Michael Thomas is expected to be ready to go Week 1 after missing all of last season with an injury. Thomas and Jarvis Landry pair up to give Winston two top pass-catchers out wide. Rookie Chris Olave and Marquez Callaway should dominate the snap count this week.

What to Know – Green Bay Packers

Green Bay returns to Lambeau Field for the first time since a heartbreaking 13-10 loss to the San Francisco 49ers in last year’s Divisional Playoffs. Head coach Matt LaFleur is in his fourth season as the leader of the Packers.

Aaron Rodgers doesn’t need to prove anything in the preseason, so backup Jordan Love took a majority of the snaps under center in Week 1 and showed he still needs a lot of reps if he wants to be the guy once Rodgers moves on. Love completed 13-of-24 passes for 176 yards, throwing a pair of touchdowns but also three interceptions. Love will get an opportunity to bounce back this week.

Backup rushers Tyler Goodson and Dexter Williams handled half of the carries. Goodson rushed 12 times for 37 yards, while Williams flashed his speed with three rushes for 29 yards. Both are fighting for the Packers’ No. 3 back behind Aaron Jones and A.J. Dillion.

Finding wide receivers for Rodgers is a major headline during the preseason, and Green Bay didn’t waste the chance with 12 players seeing targets in the opener. Three hauled in touchdown receptions, and BJ Baylor snagged two passes for 75 yards. Allen Lazard and Sammy Watkins project as the No. 1 and No. 2 wideouts for Rodgers entering Week 1 of the regular season.

Two offenses that will have many of their backups seeing most of the action. Both defenses should be one step ahead, leading to a defensive struggle Friday night.