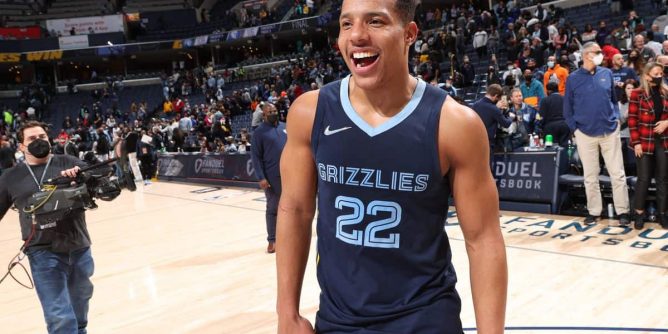 Memphis took the previous meeting between these two squads, 121-109, while the Pelicans rolled in the first matchup, 112-101.

What to Know – New Orleans Pelicans

The Pelicans’ loss over the weekend snapped a four-game winning streak that included wins over the Los Angeles Lakers and Utah Jazz. New Orleans sits in tenth in the Western Conference, 1.5 back of the Lakers and two games clear of the Portland Trail Blazers.

New Orleans built up a 21-point lead but couldn’t hold on to it, eventually losing 138-130 to the Denver Nuggets on Sunday night. Brandon Ingram led the Pelicans with 38 points, and CJ McCollum added 24. Jonas Valanciunas logged his fifth double-double in six games with 19 points and 14 rebounds.

The Pelicans are 32-31-1 against the spread and 15-17 ATS on the road. New Orleans is 7-1 ATS over its previous eight games against Memphis.

What to Know – Memphis Grizzlies

The Grizzlies come into Tuesday’s contest having dropped two of their last three contests. Memphis is second in the Western standings, trailing the Phoenix Suns by eight games and ahead of the Golden State Warriors by a half game.

Houston snapped a 12-game losing streak Sunday night, dealing the Grizzlies a 123-112 road loss. The Grizzlies led by 10-points at the halftime break but were unable to hold onto the advantage in the second half. Desmond Bane scored 28 points; Steven Adams added 23 points and 12 rebounds for Memphis.

Memphis owns a 43-23 record ATS with a 20-12 mark ATS at home. The Grizzlies are 6-1 ATS over their last seven games but 1-4 ATS in the last five contests at home facing the Pelicans.

Ja Morant has become appointment television this season in the NBA, and he and his Grizzlies face off against a surging Pelicans team still playing without star Zion Williamson. Memphis hasn’t been good ATS against New Orleans in recent history, but we project Morant to take over the game Tuesday night and led the Grizzlies to cover the spread.