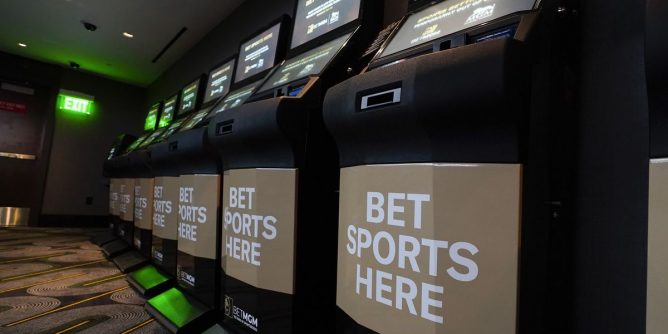 New Hampshire is one of the latest states to report its results. While the summer slowdown certainly impacted the Granite State’s July handle, the revenue numbers were higher than last month, keeping pace with the national trend.

In terms of interest, the sports schedule has not been in anyone’s favor as the MLB is the only team that is in season. The state is near both Massachusetts and New York, but baseball doesn’t garner as much betting volume when compared to the NFL and NBA.

The New Hampshire Lottery Commission reported a total handle of $42.6 million, which noted a steep decline of 20.3 percent from June’s $53.6 million. Still, July 2022’s handle is still 16.4 percent higher than its year-over-year number as the amount was slated at $36.7 million.

The Granite State is one of two states that only have one lone sportsbook operator. Oregon is the only other state where one sportsbook has a monopoly over the entire market. DraftKings secured exclusive rights with the New Hampshire Lottery to offer its platform to bettors across the state.

New Hampshire also has the highest tax rate based on gross gaming revenue in the industry. New York is the only state that matches the 51 percent. Despite the monthly handle plummeting again, the revenue numbers have gone up from last month as the results favored the house.

How Was the Revenue Number in New Hampshire?

Despite having a lower handle, the revenue numbers in New Hampshire matched the national trend as the state generated more money than the previous month. The gross gaming revenue for the month amounted to $4.5 million, which was 45.2 percent higher than July 2021’s $3.1 million.

Even though the handle was way down, July 2022’s revenue numbers were just 6.3 percent lower than June 2021’s $4.8 million. Unlike New York, the lone operator can use promotional deductions to reduce the amount that would be subject to taxes.

After all the things were factored in, the Lottery was able to collect $2.1 million in taxes. When breaking the numbers even further, $1.8 million was generated online, and $768,211 came from retail locations.

The state was able to keep pace with the industry as it had a hold rate of 10.5 percent. The August monthly handle is expected to go back up as the report will factor in the NFL preseason. Most states’ handles start to pick back up in August and start to take off in the last quarter of the year.

Will New Hampshire Sports Betting Market Be Fine in the Long Run?

While the proximity of Massachusetts has certainly helped New Hampshire boost their overall numbers, things could change soon. Massachusetts will officially join the industry soon.

There is still time for New Hampshire to capitalize on the early part of the NFL season. Some neighboring college programs also played this weekend which will bring up the handle in August.

Massachusetts’ launch will certainly take a chunk out of New Hampshire’s handle, but the Bay State has proceeded with the ban on wagering on in-state college programs.