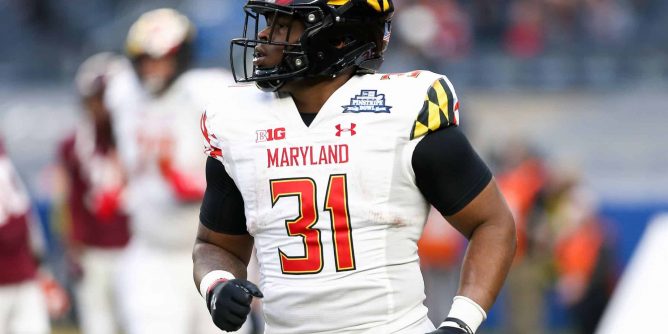 Surprisingly enough the 73 point total in the SMU Maryland week 3 meeting isn’t the highest of the day, as that belongs to the Fresno State at USC matchup. Even so this clash between the 2-0 Mustangs and the 2-0 Terrapins should be highly entertaining headlined by two high-quality quarterbacks.

Aside from the whopping total, Maryland is a -2.5 favorite on Saturday night in College Park. The Terrapins’ two wins have come against Buffalo (31-10) and at Charlotte both as at least -24 point favorites. SMU has knocked off North Texas 48-10 to easily cover the -9 point spread and then had a glorified scrimmage last week against Lamar, winning 45-16 but as a -48.5 favorite. This game is the first true test for both squads.

Mordecai Up to His Old Tricks

Make no mistake North Texas and Lamar don’t exactly conjure up images of the Steel Curtain, but SMU QB Tanner Mordecai still has to get some credit for his strong start. Mordecai hit 23/32 for 432 and 4 TDs vs. the Mean Green and followed that up with 18/31 numbers (which could be better) for 212 yards and 3 TDs.

There’s no problem with the Mustangs offense heading into the SMU Maryland week 3 matchup, but their defense has quite a task ahead of them. UNT racked up 217 yards rushing against SMU in the opener to go along with 220 through the air. Even Lamar had 252 yards of total offense in week two.

Maryland Ready for the Shootout?

It’s hard to take a lot from what has been essentially a preseason for Maryland the last two weeks – but the numbers are sure impressive. Topping the stat sheet is Taulia Tagovailoa who broke out last week going 27/31 for 391 yards and 4 TDs. He had kind of a quiet opener going 24/34 for 290 and a TD against Buffalo.

Once again we have to take the competition into account, but the Maryland run game looks like it could have some potential on Saturday night with Roman Hemby, Antwain Littleton II, and Colby McDonald all averaging over 8 ypc on the ground this season albeit on limited attempts. Littleton has been a weapon with 2 TDs on 6 carries in the opener and then breaking off a 59-yard score on his only tote last Saturday.

SMU has an elite receiver as Raylee Rice has already grabbed 17 balls for 298 yards and 3 scores. That being said Maryland likes their trio of Jeshaun Jones, Rakim Jarrett, and Jacob Copeland who have combined for 24 catches, 388 yards and 4 TDs through two games.

That total seems too high to touch even though this is still probably going to end up being a 45-42 game. Maybe it’s because they’ve had big leads and didn’t need to swarm on that side of the ball, but it just seems like SMU’s defense is the liability here. 66% of the betting public likes Maryland and that seems to be the side to be on although this one could be a classic.