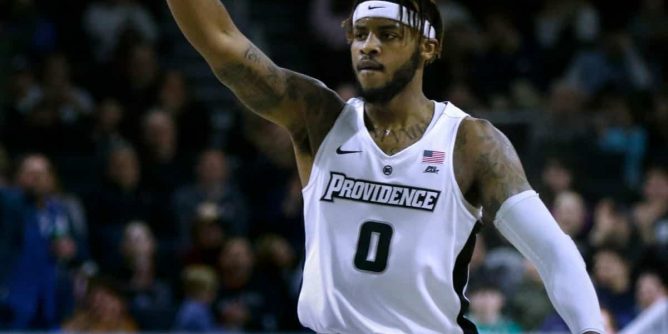 The line in the February 23rd Xavier at Providence betting matchup is interesting, with the #11 Friars just a -1 point favorite at home on Wednesday night. Providence is 14-1 on their own floor this season and already have a 65-62 win at Xavier this season.

An overwhelming percentage of bettors are backing the Friars (22-3) in this matchup, and 17-9 Xavier doesn’t look like they offer much in the form of upset potential. Providence could be missing second leading scorer Al Durham (13.4 ppg) who is battling a sports hernia, but he was also out on Sunday in an OT win at Butler. This one seems to have trap written all over it.

The Musketeers do have a 74-68 win over #24 Connecticut on their recent resume, but that is also Xavier’s lone win over the last five games. That losing stretch has dropped Xavier out of the Top 25, and includes home losses to DePaul as a -14 point favorite and to St. John’s as -6.5 favorites.

Connecticut got their revenge over Xavier on Saturday, cruising out to a 44-27 halftime lead before finishing the Musketeers off 72-61. Four Musketeers scored in double figures in the loss to UCONN. but aside from a 3-4 afternoon from three point range from Adam Kunkel, the rest of the team was just 2-13.

Xavier also shot poorly from three point range (4-18, 22%) in the earlier loss to Providence, but still only lost by just three points. Nate Johnson was 0-5 shooting in that game, so his presence won’t be missed much as he’s listed as out with a knee injury.

Providence Ripe for the Upset?

Despite so much public money coming in on Providence, the line has actually come down 1/2 a point to -1. Could the Friars really be about to drop this game even at home where they are 14-1 on the season?

The Friars beat Xavier 83-68 last year in Providence as +1.5 underdogs and have taken three of the last four in the head to head series. That’s even more fuel to the fire of the question why Providence isn’t favored by more, also because they’ve won 9 of their last 10.

Durham is questionable (hernia) for the February 23rd Xavier at Providence betting contest, and that’s a huge absence as he had 22 points in the first meeting with the Musketeers. The Friars were without Durham on Saturday and it showed early as they fell down 33-20 at halftime, but Nate Watson had 22 points and Jared Bynum added 18 to fuel the 71-70 comeback win.

There is no doubt who the better team is in this matchup, with Providence only dropping three games this season up to #11 in the AP Top 25 and #10 in the coaches poll. The Friars have also only lost one game at home and do have a win over Xavier already this year – and in Cincinnati.

So why is this point spread just Providence -1? Are the oddsmakers trying to trick us into taking the Musketeers as a contrarian play since the Friars look “too easy?” They would lose a lot of money if that were the case, so Xavier looks like the way this one has to be played.
Providence 61 – Xavier 65