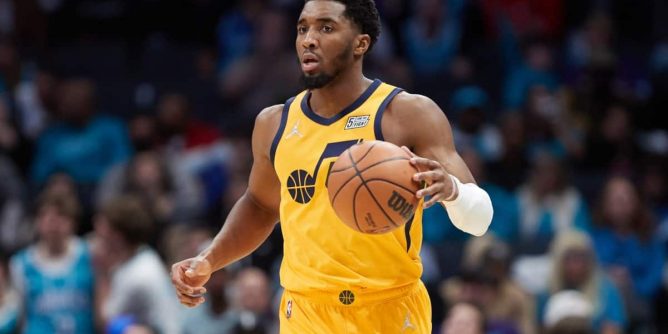 The big question heading into Thursday’s Mavericks at Jazz game 3 betting matchup is whether or not Dallas star Luka Doncic will play or not. He’s missed the first two games of this series with a calf injury, so it’s somewhat surprising that the Mavs come to Salt Lake City tied 1-1.

Whether Doncic plays or not, Utah has some recalibrating to do after the 110-104 loss on Monday as -5 point favorites. The Jazz have won four straight home games against the Mavericks and are 29-12 at Vivint Arena on the year. Oddsmakers like the home court advantage making Utah a -7 point favorite in this spot.

There’s a chance (perhaps slight) that Dallas doesn’t want Doncic to return to the lineup the way the team played as a cohesive unit in Game 2. Jalen Brunson exploded for 41 points on 15-25 shooting while Maxi Kleber added 25 while hitting 8 of 11 three pointers. The Mavericks were scorching from beyond the arc hitting 22 of 42 shots (47%).

Obviously the Mavericks would take Doncic back as he averaged 30 points, 11 rebounds, and 7.7 assists in three games vs. the Jazz this season. Spencer Dinwiddie has taken an expanded role in Doncic’s absence, scoring 22 in Game 1 and 17 on Monday.

The home team had won all four of the regular season meetings between these two teams, with the Mavs losing 120-116 on Christmas Day in Salt Lake City and 114-109 in the rematch at Vivint two months later. Doncic did not play in the Christmas Day loss, but Dallas also had Kristaps Porzingis back then (27 points) before the trade deadline deal.

Utah With the Blowout Back at Home?

Donovan Mitchell has been huge this series, with 32 points over the weekend and following that up with 34 in Game 2. That’s been a big lift for the Jazz especially since Mitchell only averaged 14.5 ppg in two regular season games at Dallas during the regular season. On the flip side, Mitchell scored 33 points in both home games vs. the Mavs this season so he should continue his strong performance in the Mavericks at Jazz Game 3 betting contest.

Rudy Gobert has also been a dominant force on the blocks for Utah this series. Gobert has 17 rebounds in each of the first two games, even though he’s scoring just 6.5 ppg. This is the 3rd time in the last 4 games vs. Dallas that Gobert has grabbed 17 boards. Bojan Bogdanovic is also averaging 25.5 ppg so far this round.

7 points seems like a lot in this one, and the two meetings in Utah have been pretty close, 120-116 and 114-109. Doncic’s availability being in question does make this one a bit tougher to handicap, but are the Mavs really going to shoot nearly 50% from beyond the arc again – especially on the road?

Mitchell has been great and should go for 30+ again, Gobert is grabbing nearly every available rebound, and Bodanovic scored 25+ in two games on the road. It wouldn’t be a shock for Utah to get this one by double digits.