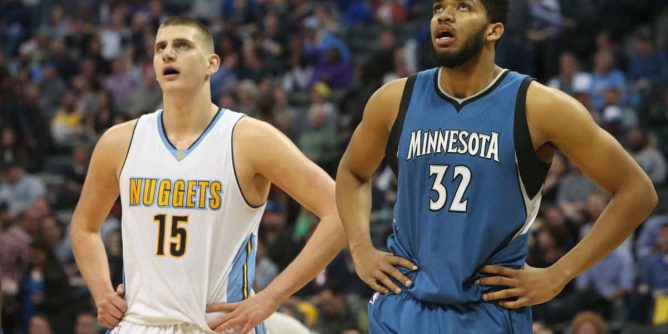 We will know a lot better how both combatants in the April 1st Timberwolves at Nuggets betting matchup will approach the last week of the regular season after Friday night’s contest. With a win Denver can all but cement at least the #6 seed and not have to worry about the play-in tournament.

Minnesota is three games back from Denver (and Utah) to get out of the #7 seed and avoid the play-in tournament – but there are also just five games left in the regular season. It’s must win for the Timberwolves here on out especially if they can get to within two games of the Nuggets with four to play.

Minnesota was very hot with wins in 10 of 11 games, but they picked the worst time of the year to get into a rut. The T’Wolves have dropped four of their last five and have dropped the first two of this five game road trip, 134-112 in Boston and 125-102 in Toronto. That’s a couple poor defensive outings heading into a meeting with a Nuggets offense that is top 10 in the NBA in scoring (112.0 ppg).

If Minnesota could pull of a win in the April 1st Timberwolves at Nuggets betting contest, their schedule evens up a bit over the last week of the regular season. Following the trip to Denver, Minnesota goes to last place Houston and then finishes the year with three home games against Washington, San Antonio, and Chicago. This really makes Friday night’s contest must-win.

Unlike Minnesota who is faltering a bit down the stretch, the Nuggets looked poised to surge into the postseason with three straight wins and coming out on top in four of their last five. Their last two wins came in Charlotte (113-109) and at Indianapolis (125-118) and now Denver is back home where they are 22-15 on the season – good, but not great.

The Nuggets will also try to avoid a third straight loss to the Timberwolves on Friday night and finish the regular season with a split 2-2 record. Denver really hasn’t found an answer for the Timberwolves offense the last two head to head meetings, losing 124-107 in Denver in December and then 130-115 in the Twin Cities on February 1st.

This is very much a must-win for the Timberwolves, but wouldn’t Denver also want to get the win and take the last week of the regular season in a much more relaxed approach? The Nuggets have two games with the Lakers and one with the already clinched Grizzlies as part of their remaining schedule so they’ve got an interesting week ahead. In this coin flip game the points look good even on the road.