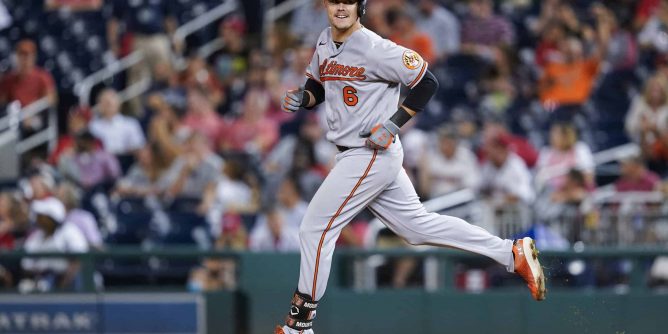 Baltimore wraps up a two game set with Washington on Wednesday with a three game series in Toronto coming up over the weekend. That stretch might provide the last opportunity for the Orioles to stay in wild card contention, as they are currently five games back from the Mariners for the third spot with 21 games to play.

The Nationals can play spoiler as the Beltway Series wraps up for the season, and they can salvage a split on the year as the Orioles have won two of three. That being said Washington has lost six of their last seven but are still just slight +122 underdogs in the Wednesday Orioles at Nationals matchup (BAL -144).

Orioles Need to Get the Job Done

If Baltimore wants to make a run at the last wild card spot (11.3% chance) they absolutely have to have Wednesday’s win. The Orioles cannot afford to lose to the worst team in the Majors, but that was also the case for the last week-plus and Baltimore is just 3-6 in their last 9.

The Orioles almost let one slip away on Tuesday night, but they came back from a 3-1 deficit to pick up a 4-3 win as -158 favorites. Ryan Mountcastle had two hits including a HR while Austin Hays, Adley Rutschman, and Austin Hays had multi-hit games as well.

Tyler Wells (7-6, 3.91 ERA) goes for Baltimore on Wednesday back in the majors for his second start of September. He threw just 2 innings a week ago in a 4-1 defeat to the Blue Jays and Baltimore has lost his last four starts.

The Nationals have been an automatic fade all season as their 49 wins are the fewest in baseball, but that’s been especially true when Corbin has been on the mound. He started off 0-4 with an 8.69 ERA in April and didn’t show much improvement over the course of the season going 0-4 with a 6.85 ERA in July.

Corbin had shown signs of improving recently with three straight starts allowing 2 ER or less but he regressed giving up 12 hits and 5 ER to the Phillies last Friday. Show trends, past stats, and everything else out the window as the Wednesday Orioles at Nationals matchup all comes down to whether you trust Corbin.