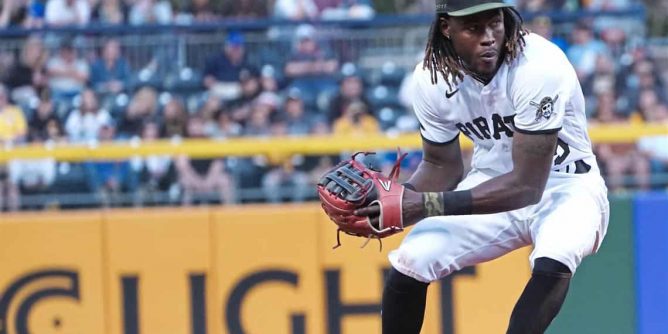 Pittsburgh looks to continue punching down on their division opponent heading into the June 22nd Cubs at Pirates betting matchup. The Bucs look rejuvenated taking the first two of this four game series 12-1 as -114 favorites and 7-1 at -141. The Pirates look to have great value as +105 home underdogs for Wednesday’s contest.

Snapping Atlanta’s 14-game win streak and taking two of three from the Braves over the weekend seems like months ago for Cubs fans. This team has been outscored 25-2 in the last three games Chicago would appear to have the pitching edge in this matchup, but can you really trust this team at -126 right now?

No Offense, No Defense for Cubs

With Tuesday’s loss the Cubs are now 4-7 against the Pirates this season. Pittsburgh is in third place in the Central at 28-39 and Chicago is looking up at them at 25-43 as this is obviously a two team race between St. Louis and Milwaukee for the division.

Chicago has employed a unique strategy lately – don’t hit the ball while also giving up a ton of runs. Well to be fair the Cubs have only been outhit 18-16 this series, but at the same time they’ve been outscored 19-2. Patrick Wisdom hit his 13th home run of the season on Tuesday – the longest one of his career – but that accounted for Chicago’s lone run in the 7-1 loss as +130 underdogs.

Despite all their recent woes that includes losses in 13 of their last 15, Chicago is still a -126 favorite in the June 22nd Cubs at Pirates betting contest. That line is based solely on pitching, with the Cubs sending Keegan Thompson (6-2, 3.27 ERA) to the bump while Pittsburgh uses a Triple-A callup.

The Pirates have feasted off Cubs pitching the last two nights, knocking Caleb Kilian out after 2.1 IP and sending Tuesday starter Matt Swarmer to the showers after just 4.0 IP. Things may get a bit tougher on Wednesday against Thompson, who Pittsburgh hasn’t managed a run against in two starts this season (9.0 IP).

Even though they haven’t had success against Thompson this year, the Pirates bats might just be hot right now so it doesn’t matter who the matchup is. Michael Chavis drew three walks on Tuesday and Oneil Cruz batted in four runs right behind him. Bligh Madris and Michael Perez both went yard to solidify Wednesday’s win.

The only reason Pittsburgh is a +105 ‘dog on Wednesday is because they are going with Jerad Eickhoff (0-0, 0.00 ERA) on the mound. He will be making his Pirates and season debut after pitching in 85 games with the Phillies and Mets over his six year MLB career.

Pittsburgh has some pitching concerns here with Eickhoff making his season debut after getting called up from Triple -A, and Thompson has been the Cubs’ most consistent starter this season. Chicago has looked all around atrocious the past three games, but 62% of the betting public are still backing them on Wednesday night.

Not buying it. The Cubs have lost 7 straight road games and although Pittsburgh has a Triple-A pitcher, Chicago is trotting out essentially a Triple-A lineup save for a couple exceptions.