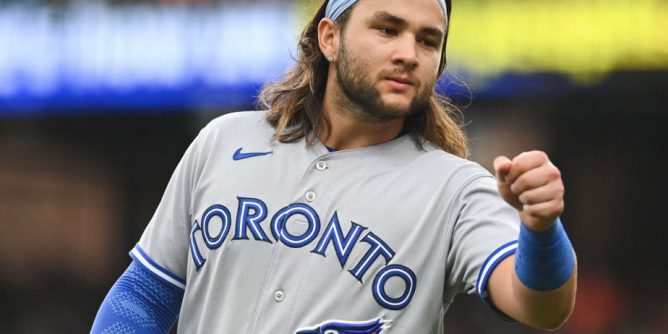 Baltimore’s wild card chances took a blow on Monday as they lost a double header to the team they are facing, Toronto. The Blue Jays won the opener 7-3 as -163 favorites and the nightcap 8-4 to cash at -126. That makes it 7 wins in the last 8 games for Toronto and Baltimore’s three game losing streak has dropped them to 4.5 games out of the last postseason spot.

Despite their success on Monday, Toronto is just a -108 favorite in the 9/6 Blue Jays at Orioles matchup. The season series is 6-5 in favor of Baltimore, who is also priced at -108 for this matchup. 56% of the betting public is backing the O’s here.

Bichette On Fire for Toronto

The Blue Jays picked up the sweep on Monday on the back of an absolutely huge night from Bo Bichette. He was 3-5 with 2 RBI in the opener and then erupted for a hat trick of home runs in the night cap. Bichette finished the day 6-10 with 7 RBI and has started September 12-22 with 12 RBI.

Teoscar Hernandez and Cavan Biggio also added HRs on Monday as the Blue Jays have now scored 4+ runs in 8 straight games. Toronto has scored 3+ runs in all three games against Baltimore starter Kyle Bradish this season and Bichette should stay hot as he’s 3-7 with a HR against the right-hander. Vlad Guerrero, Jr. and Lourdes Gurriel, Jr. are each 4-8 in their career vs. Bradish.

Mitch White (1-5, 4.67 ERA) is on the bump for Toronto in the 9/6 Blue Jays at Orioles matchup. Toronto is 2-3 in the five games White has started since being acquired from the Dodgers but he’s been rocked lately allowing 13 ER over 9.2 IP in defeats to the Cubs and Angels both at home.

The Orioles have dipped to 4.5 GB from the Blue Jays for the third wild card spot so Tuesday’s tilt is basically a must win tor Baltimore. The Orioles belted out 18 hits in the two games on Monday but their pitching couldn’t contain the Toronto offense.

Baltimore should have another solid night at the plate vs. White on Tuesday night considering he had a 7.04 ERA in August. Jesus Aguilar is the only Orioles batter to ever face White as he just came over from the National League.

Both teams are priced at -108 on Tuesday night and the value would seem to be on the Blue Jays the way their offense has been performing so far in September. The Orioles were +150 and +116 in the doubleheader yesterday so it is somewhat strange that they are down to -108 in game three. That makes you stay away from the side and instead bank on another good night from the offenses.