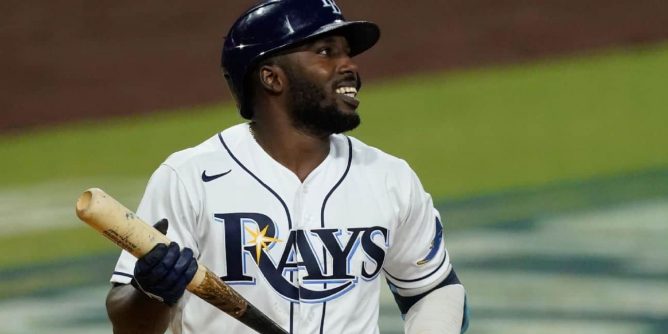 We’ve got an interesting interleague two-game set getting underway in the August 9th Rays at Brewers betting matchup. Tampa Bay makes a rare trip to American Family Field coming in as winners of four of their last five. Milwaukee meanwhile has lost six of their last seven, and as a result have dropped to second place in the NL Central.

Both teams were idle on Monday and oddsmakers have the Brewers as huge -162 favorites with Tampa Bay using an opener on Tuesday. Coming off an idle day helps the Rays in that regard as their bullpen has had time to recharge, and bettors are split nearly 50/50 with Tampa Bay seemingly having some value at +136.

Rays Ready for a Run?

With the Yankees struggling a bit over the last month Tampa Bay now has an outside chance of making the AL East a race (as do the Blue Jays). The Rays are still 12 games back in the division, but also have ahold of the #2 spot in the AL wild card race and are trending in the right direction with a 4-1 record over their last 5.

The Rays do get a break not having to face reigning NL Cy Young Award winner Corbin Burnes who pitched on Sunday, but they will square off against Brandon Woodruff on Wednesday. First things first though as Tampa Bay is up against Freddy Peralta in the August 9th Rays at Brewers betting matchup, David Peralta (no relation) is the only Tampa Bay batter to ever face the Milwaukee starter, going 0-4 with 2 K’s.

Tampa Bay will use opener Jimmy Yacabonis on Tuesday, hoping for better results than his team debut after being claimed from the Marlins. The right-hander gave up 3ER in just 0.2 IP on Saturday in a 9-1 loss to the Tigers as -248 favorites in a Shane McClanahan start. Yacabonis pitched the 7th inning in that game.

Milwaukee started off a recent road trip on the right note taking the first two from Boston at Fenway Park, but they went on to drop the series finale and then were almost embarrassingly swept by the Pirates in Pittsburgh. The Brewers though getting back home would do them right, but they dropped games on Saturday and Sunday to the Reds as -171 and -291 favorites.

The Brewers have now dropped out of first place but they’ve won five of their last six following an off day. Milwaukee has won six of their last seven home games against RH starters, although they’ll only likely face Yacabonis for an inning or two tops. That should help Keston Hiura stay hot as he’s hit HRs in consecutive games in losing efforts against Cincinnati.

Peralta (3-2, 4.46 ERA) will try to help the Brewers get back on track since a shoulder injury that sidelined him from May 22nd to last Wednesday. In his return to the lineup gave up 2 ER and 4 hits over 3.2 IP in a loss to the Pirates, so he’s not working very deep in games until he builds up his arm strength.

The Rays averaged almost 5 runs/game over their four game series with the Tigers this weekend, so they should be able to get some things going against the rusty Peralta on Tuesday night. Milwaukee can counter on their own in a bullpen game for Tampa Bay though so the best play here is on the total.