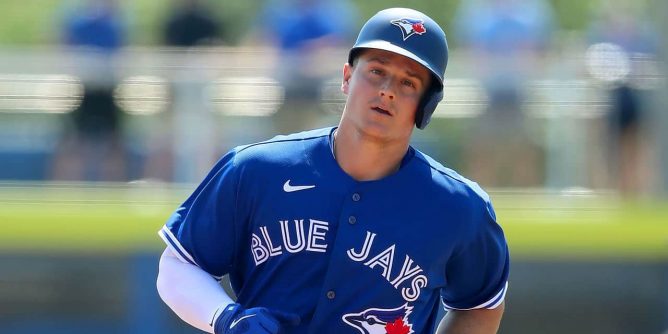 The Rays went 2-5 in a 7-game road trip returning from the All-Star break in what should have been winnable series’ against the Royals and Blue Jays. Even getting back to Tropicana Field this weekend couldn’t help Tampa Bay turn things around as they dropped two of three to Cleveland.

Toronto is going in a different direction heading into the August 2nd Blue Jays at Rays betting matchup. Toronto is 11-3 since bringing in John Schneider to replace Charlie Montoyo and are 7-2 since returning from the All-Star break. The Blue Jays are -136 favorites for the first of this two game set, with 56% of the betting public liking the visitors in this spot.

Blue Jays Back on the Road

Toronto opened the second half of their season on the road, picking up a three game sweep at Fenway Park by a margin of 40-10. That was largely boosted by a 28-5 win in the return from the All-Star break and the Blue Jays just wrapped up a 4-2 home stand.

The Blue Jays may add some pieces by the time Tuesday night’s trade deadline comes about an hour before first pitch. They’ve been rumored to be pursuing starting pitcher Noah Syndergaard or OF Ian Happ. Happ could be a big pickup with George Springer banged up a bit but of course Toronto could also stand pat with Matt Chapman heating up (4 HR last 5 games) and Vlad Guerrero, Jr. continuing to produce (.375 BA past week).

Rays Try to Turn Things Around

Tampa Bay is just 3-7 since the All-Star break, a stretch that has dropped them to 54-48 and 15 GB from the Yankees in the AL East. The Rays are still in the second wild card spot so it’s not time to panic just yet – and the Blue Jays are in the wild card lead at 57-45.

One positive thing in the August 2nd Blue Jays at Rays betting matchup is that Tampa Bay has gone 5-3 against Toronto this season, and have won 36 of the last 53 head to head games at Tropicana Field. The Rays scored 3 runs in 7.0 IP against Gausman on May 13th and managed 4 hits against the Blue Jays starter on July 2nd before he left after 2.0 IP with an ankle contusion.

Tampa Bay couldn’t pick up the win on Sunday even with ace Shane McClanahan on the hill, as he couldn’t get out of the 5th while allowing 5 ER. Drew Rasmussen (6-3, 3.17 ERA) hopes for better results as he has held opponents to 2ER or less in 4 of his last 5 starts. Rasmussen has allowed just 1 HR in his last 5 starts and hasn’t walked more than 2 batters in his last 7.

The Blue Jays are on a nice run and Tampa Bay has been struggling a bit out of the break, but this one looks like it goes Tampa Bay’s way. Rasmussen has been great for the Rays while Gausman had a somewhat banged up and rough July.