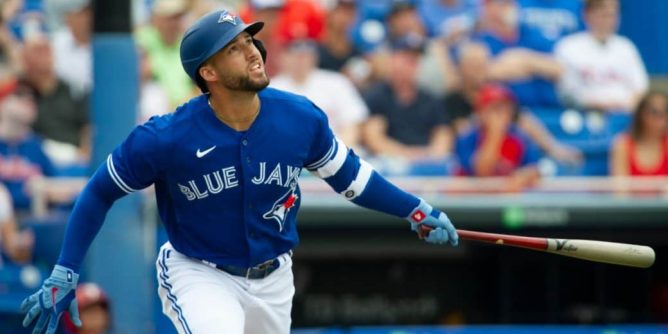 Toronto is fresh off snapping the Yankees 11-game win streak as they head into the May 5th Blue Jays at Guardians betting matchup. Charlie Montoyo’s squad now trails New York by 2.5 games, a deficit they hope to build some ground on over this weekend series in Cleveland.

The Guardians are also a second place team, 3.5 back from the Twins in the AL Central. Cleveland is fresh off a double header split against the Padres on Wednesday, putting their mark to 4-1 in the last five at Progressive Field. The Blue Jays are also 4-1 in their last five on the road so something has to give on Wednesday. Toronto is a -161 favorite in this matchup, with the Guardians having some value at +140 at home.

Toronto was able to stave off a sweep at the hands of the Yankees on Wednesday night, holding on for a 2-1 win as +144 underdogs. It was an emotional victory that ended New York’s 11-game win streak, so the Blue Jays can’t let the high of that win get to them as they head to Cleveland.

Toronto does come into the May 5th Blue Jays at Guardians betting contest ranking in the top 10 in the majors in BA (.241), OPS (.704), and HR (32). The Blue Jays offense is in a bit of a funk though, scoring just 5 total runs in the three game series against New York and being held to 3 runs or less in 7 of the last 8.

The Blue Jays should be in a great spot offensively on Thursday night up against Aaron Civale who is 0-2 with a 10.67 ERA on the season. The right-hander has allowed 6 ER in each of his last two starts, and hasn’t gotten out of the 4th inning in any of his four outings this season.

Cleveland in a Tough Spot

The Guardians returned home after a 3-7 road trip and had two nights off after a scheduled off day and a rainout on Tuesday. They are still in a tough spot ahead of Thursday’s matchup mainly due to having to play a double header on Wednesday, losing to the Padres 5-4 in the opener but then getting a walkoff 6-5 victory in the nightcap.

Terry Francona used 8 relievers on Wednesday, and with Civale struggling so far this season the Cleveland bullpen could be a bit thin on Thursday. The good news is that Civale has had some success against the Toronto lineup, holding Vlad Guerrero, Jr. to 0-3 and Bo Bichette 0-2. That’s also a real small sample size though.

Toronto’s offense has been in neutral the past couple weeks but Civale has had some struggles to start the season. The Blue Jays shouldn’t need a whole lot of offense to get Thursday’s series opening win the way Berrios has pitched as of late.