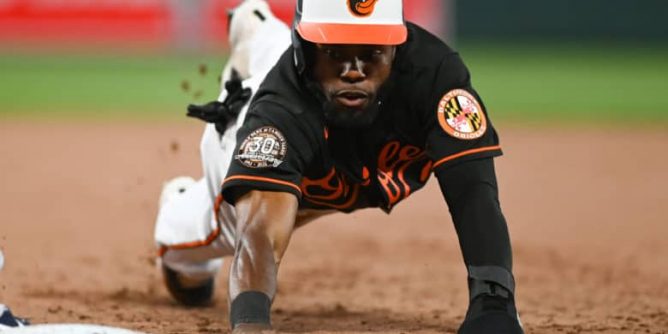 The June 19th Rays at Orioles betting matchup is a rubber match between two AL East combatants. Baltimore was able to eke out a 1-0 win on Friday for their third victory in the last four games, but Tampa Bay bounced back with a 7-6 W in game two as then snapped a four game slide.

Tampa Bay has been a -140 and a -163 favorite in the first two games of this series, but that number has dipped a bit to -135 for Sunday’s finale. The Rays are now 11-3 in their last 14 trips to Baltimore which gives them solid value in this spot, and over 85% of public bettors agree.

The Rays hope their bats are finally back on track after scoring 7 runs and belting out 14 hits in Saturday’s win. That victory snapped a four game slide in which Tampa Bay had plated a total of four runs.

Hanley Ramirez knocked in three runs on Saturday while Ji-Man Choi hit his sixth HR while Yandy Diaz added a 3-hit game. Diaz is hitting .381 over the past week while Francisco Mejia has been TB’s hottest hitter going 5 for his last 12. That being said the Rays still rank 25th in runs/game, 26th in batting average, and 27th in OPS.

Despite their success at the plate on Saturday, Tampa Bay starter Corey Kluber (3-3, 3.50 ERA) still shouldn’t expect a whole lot of run support in the June 19th Rays at Orioles betting matchup. That should be fine though with Kluber allowing 2 ER or less in 5 of his last 6.

The Orioles almost already had a second straight series win over the Rays, battling back from a 6-2 deficit on Saturday before the Rays ultimately came through with the winning run in the top of the 9th. Baltimore took two of three from Tampa Bay on May 20-22, a huge psychological hurdle after TB had won 28 of 31 meetings dating back to 2020 – including a sweep to start this season.

Baltimore had a 10-hit day on Saturday including three from Ronny Chirinos to go along with four RBI. That was a big difference from the 5 hits in the series opener although they still pulled out a 1-0 win as +129 underdogs. Austin Hays has went deep twice in 7 career ABs vs. Kluber and Rougned Odor also has a couple long balls against the TB starter so there’s a chance for some Baltimore offense in this one.

Jordan Lyles (4-5, 5.10 ERA) takes the mound looking to get Baltimore the series win on Sunday. The right-hander has had a tough go of it lately though, allowing 14 ER over his last three starts (15.1 IP). Update: Lyles has been scratched and Austin Voth will open in his first start since last year.

With the news that Lyles has been scratched this gives Tampa Bay a huge edge – even though Lyles had been struggling as well. Voth has a 9.41 ERA on the year and will be capped at around 35-40 pitches.