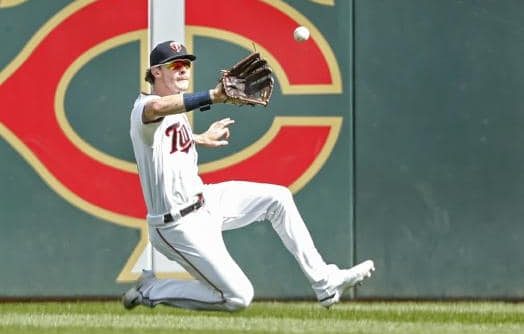 The brooms are out in the Twin Cities ahead of the June 12th Rays at Twins betting matchup. Minnesota has won the first two games of this weekend series with Tampa Bay, 9-4 on Friday at -128 and then a 6-5 victory on Saturday to cash at +121.

Tampa Bay did come into the series with some momentum after a sweep of their own over the Cardinals that was part of a 4-2 stand at Tropicana Field. Now the Rays try to salvage one at Target Field before heading into a three game series with the division leading Yankees in the Bronx.

The Rays are -125 for Sunday’s series finale (MIN +104), with over 70% of the betting public indeed liking the visitors here.

The Rays have had a decent offensive weekend, scoring 4 runs on just 6 hits on Friday and outhitting Minnesota 13-11 on Saturday but they are still in danger of the sweep, which is what happens when you give up 15 runs.

Drew Rasmussen went just 4.1 IP on Friday and Kevin Cash could only squeeze 2.1 IP from Shane Baz in game two, having to burn up five relievers in the process. That’s going to put some added pressure on Jeffrey Springs (2-2, 1.62 ERA) in just the 10th start of his five year big league career. The left-hander did throw 6 innings of shutout ball in a 4-2 win over St. Louis last Tuesday.

The Rays have been hit hard by the injury bug as of late. Wander Franco (quad) has yet to play in June, Mike Zunino (shoulder) will miss this whole series, and Brandon Lowe (back) is going on a month out of the lineup. The Rays hit 3HRs on Friday and all three batters at the top of the order had multiple hits on Saturday – yet they’re still 0 for 2 in the Twin Cities.

Luis Arraez continues to rake as he delivered the big blow with a 3rd inning grand slam as part of a 3-5 day. Arraez also had a couple hits on Friday as he leads the majors in batting average (.367) and OBP (.449), red hot in going 12-22 over his last five games.

Only two Minnesota batters have ever faced Springs (Gary Sanchez 0-1, Gio Urshela 1-4) but if Arraez continues to set the table you have to like their chances in the June 12th Rays at Twins betting matchup. Carlos Correa and Byron Buxton combined to go 5-10 with 4 RBI in Friday’s win, and they’re both rested after an off day on Saturday.

Minnesota, like Tampa Bay, also used 5 relievers on Saturday as Chi Chi Gonzalez went 4.0 IP allowing 3 ER. That puts rookie Cole Sands (0-2, 8.49 ERA) in a tough predicament in just his third big league start. The right-hander has allowed 8 ER in just 7.2 IP in his last two starts, losses to Detroit and the Yankees.

The betting public likes the Rays and for good reason, they have the pitching edge and are trying to avoid the sweep. The Twins have won their last 7 Sunday games though, and Tampa Bay could very well be looking ahead to a series at the Yankees.

This game is lined up for a very solid play on the ‘over.’ Both teams ate up their bullpen yesterday and Sands has had some rough sledding in his two starts. On the other side of the diamond Arraez is red hot and Correa and Buxton are back rested.