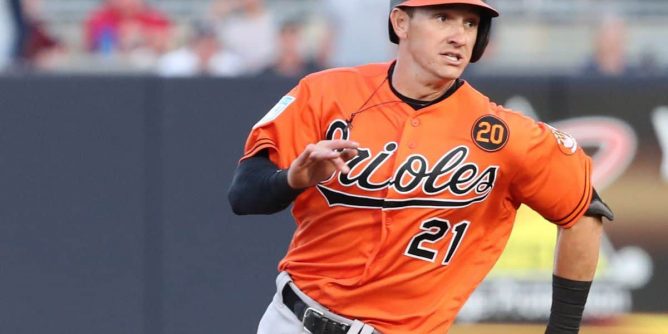 A couple of AL East combatants meet up in the July 25th Rays at Orioles betting contest. This is a pivotal matchup with Tampa Bay in the second wild card spot but Baltimore just 3.5 games back from the third and final position. Obviously there’s a lot of baseball yet to be played, but this four game series is still very important.

Both teams come into the series losing two of three over the weekend. The Rays’ defeats were more disappointing as they fell 6-3 and 4-2 against the Royals on Saturday and Sunday. Baltimore stole one 6-3 on Saturday against the Yankees as +202 underdogs, but oddsmakers have the Rays as -120 road favorites on Monday (BAL +100).

Tampa Bay may have lost the series at Kansas City, but they come into Monday’s game with the momentum of taking two of three from the Orioles prior to the All-Star Break. Baltimore had won 10 in a row prior to that trip to Tropicana Field, but the season series is still just 7-5 in favor of the Rays.

The Tampa Bay offense kind of faltered in the last two losses to the Royals, getting outhit 13-8 and 14-5. Brandon Lowe will look to get back on track as he recently had a stretch where he went 8-13, while Randy Arozarena had 2 HRs in the three game series with Baltimore prior to the All-Star break.

Corey Kluber (6-5, 3.73 ERA) gets the start in the July 25th Rays at Orioles betting matchup. Kluber gave up 4ER in 6.0 IP in his last start against Baltimore, but was still able to pick up the win as the Rays came out on top 7-5. He wasn’t as lucky on June 19th against Baltimore, allowing just 2 ER but getting an L in a 2-1 defeat.

O’s Try to Get Back on Track

Baltimore has Tampa Bay to blame for derailing their momentum, having their 10-game win streak snapped in a 5-4 and a 7-5 defeat the weekend before the All-Star break. The Orioles dropped two of three to the Yankees in their returning series this weekend, including getting shut out 6-0 on Sunday.

The Orioles have some value at +102 in the series opener considering they are 9-2 in their last 11 home games. Another reason to like Baltimore is because Rougned Odor has gone 8-18 (.444) with three HRs in his career against Kluber. Austin Hays also has two HRs in 13 AB vs. the Tampa Bay starter.

Baltimore sends Austin Voth (1-1, 3.42 ERA) out for his first start of the second half. Voth actually hasn’t started a game since July 10th, pitching 2.1 IP of relief in his last outing against the Rays on July 16th.

What we should see on Monday night is some offense. The Orioles have had some success individually against Kluber while Voth has only made one appearance in the last two weeks. The ‘over’ has hit in four of the last five between these two teams and also in five of the last six TB games against a RH starter. An 8.5 total seems very doable.