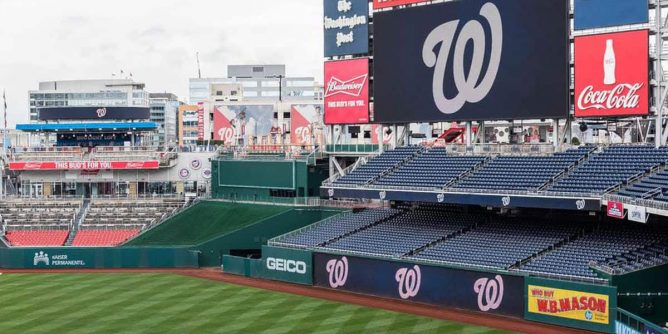 It was a bittersweet weekend for Washington, who welcomed superstar Juan Soto back to town but with his new team the Padres after shipping him off to San Diego at the trade deadline. That was an emotional series for Nats fans, but the excitement continues as top prospect C.J. Abrams, who was obtained in the Soto trade, makes his MLB debut in the August 15th Cubs at Nationals betting matchup.

The Nationals come into the series opener as losers of 9 of their last 11. Chicago meanwhile has played well with victories in six of their last nine, and as a result are significant -144 favorites on Monday night (WSH +122).

Cubs Try to Settle In

Chicago had a weird end to the week, playing in Dyersville, Iowa at the Field of Dreams last Thursday (beating the Reds 4-2), having a day off Friday, and then splitting the Saturday and Sunday games in Cincinnati with a 7-2 win and then an 8-5 loss. The Cubs hope to get back into a more familiar groove and continue playing well to close out the year starting with the opener in Washington.

Even in Sunday’s loss to the Reds the Cubs offense played well, scoring at least 4 runs for the 7th time in the last 8 games. Patrick Wisdom, Yan Gomes, and Christopher Morel all had HRs in that game, Nico Hoerner was 3-5, and Franmil Reyes had another hit. Reyes has been a nice addition since being picked off waivers, getting a hit in all 4 games with the Cubs and hitting his first HR with the team on Saturday.

Chicago starter Keegan Thompson lasted just 1.2 IP on Sunday, but the Cubs should get a much better outing from Marcus Stroman (3-5, 4.20 ERA) on Monday. Then again, Stroman has started off August with a 5.49 ERA in two starts after tallying a 0.89 ERA in four July outings.

Nationals In Line for the Upset?

59% of the betting public like Chicago on the road on Monday night, and the Cubs did take two of three when these two teams met last week – although those games were at Wrigley Field. Chicago is 2-6 in their last 8 true road games. The Nats’ are just 18-42 at home this season though – the worst home record in the majors.

Josiah Gray (7-8, 4.81 ERA) hopes that he has put a couple of rough outings behind him as he takes the mound in the August 15th Cubs at Nationals betting matchup. Gray gave up 10 ER over 9.0 IP in losses to the Cardinals and Phillies, but faced Chicago last Wednesday and gave up just 2 ER over 6.1 IP.

Stroman has had a rough August which makes it tough to back the Cubs at -144 on Monday night. The value is on the Nationals and a second straight solid performance from Gray.