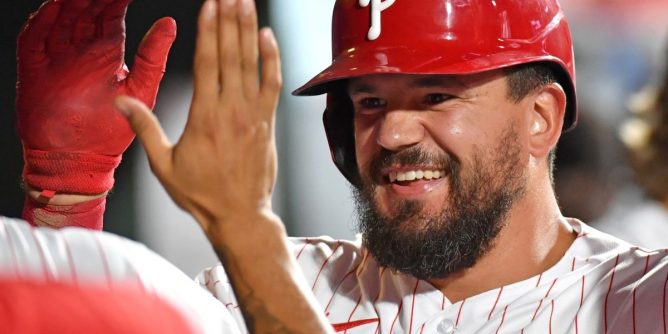 The All-Star break kicks off Monday night with a number of MLB stars competing in the 2022 Home Run Derby at Dodger Stadium in Los Angeles. California. The Home Run Derby begins at 8 p.m. EST on ESPN and will feature some of the best power hitters in the game.

Defending champion Pete Alonso attempts to go for history in winning his third straight Home Run Derby title. Alonso would join Ken Griffey Jr. as the only player in the history of the event to win the three Derby titles. The 27-year-old is the betting favorite heading into the event at +200.

The format for the Home Run Derby remains the same as in years past. Eight players are seeded one through eight and battle in single-elimination over three rounds. Each player gets three minutes over the first two rounds and two minutes in the final.

The higher seed will bat second, and if the player hits more home run than his competitor, the clock will stop, and that player will advance. There is an additional bonus round of 30 seconds for players.

Seeding for the event looks like this. Philadelphia’s Kyle Schwarber is the top seed and will take on the Cardinals’ Albert Pujols (8-seed) in the first round. The winner of that matchup will face the winner of Washington’s Juan Soto and Cleveland’s Jose Ramirez.

The Rangers’ Corey Seager battles rookie sensation Julio Rodriguez from Seattle. Whoever wins that matchup will take on Alonso or Atlanta’s Ronald Acuna Jr. in the semifinals.

Kyle Schwarber (+330) – The top-seed with 29 home runs heading into the Derby, Schwarber makes his second appearance in the lead-up event to the Midsummer Classic. The 29-year-old lost to now teammate Bryce Harper in finals in 2018.

This season, the slugger is second in the MLB and first in the National League in home runs and was named the NL Player of the Month for June. Schwarber is appearing in his second-straight All-Star Game.

Pete Alonso (+200) – The two-time defending champion is back to defend his crown. Alonso has 24 home runs this season, fifth in the MLB.

Alonso’s 74 home runs at Coors Field last year was second-most all-time in a single home run derby, and the slugger also holds the record for most all-time with 131.

Corey Seager (+900) – Seager is the three-seed in the event after belting 22 home runs over the first half. This is the second time Seager will try to win the title after making his first appearance in 2016 and making an early exit in the first round.

Juan Soto (+600) – The 23-year-old star returns to the Derby for the second year in a row. Soto advanced to the semifinals last year before exiting at the hands of Alonso. He has swatted 20 home runs this season.

Jose Ramirez (+1600) – Ramirez makes his debut in the Derby in 2022. The Guardians’ top hitter has sent 19 balls over the wall this year. The fifth seed in the event, Ramirez, is a four-time All-Star.

Julio Rodriguez (+850) – The 14th rookie to stand in the box at the Home Run Derby, Rodriguez is the talk of the MLB with his first-half performance. Already with 16 home runs, the sixth-seed hopes to join Aaron Judge and Alonso as the only past rookie winners.

Ronald Acuna Jr. (+650) – The seventh-seed has been injured most of the first half but is a sneaky dark horse for this event. Acuna Jr. possesses excellent power and already has one try under his belt in 2019.

Albert Pujols (+2200) – At 42 years of age, Pujols will become the oldest participant in the Home Run Derby. He has 685 career home runs, so he knows how to launch the ball out of the ballpark. This is Pujols’ first appearance in the event since 2015.