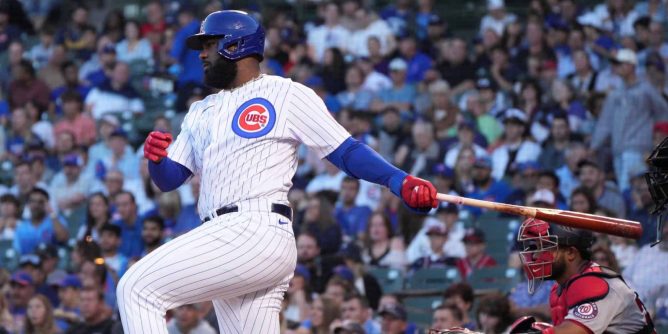 Friday afternoon baseball is on tap in the 9/9 Giants at Cubs matchup with the first pitch set for 4:05 PM ET (MLBN, MARQ). The Giants come into this game in the midst of another losing streak, dropping their last four after winning four straight prior. San Francisco is still a -148 road favorite for the opener of this three game series at Wrigley Field.

Chicago has lost 9 of their last 11 as they come into Friday’s game as +126 underdogs. The Cubs have dropped back-to-back games to the Reds as -141 and -134 favorites but have won five of their last six Friday contests. The North Siders lost three of four in San Francisco earlier this season.

The 9/9 Giants at Cubs total is just 7.5, partially because of an 11 MPH cross wind at Wrigley but also because both of these offenses are struggling right now. San Francisco has scored just 9 runs total during their four game losing streak while Chicago has been held to a run or less in 3 of their last 6.

Friday’s matchup is a battle of left-handers, and the Giants are just 4-11 in their last 15 road games against a Southpaw starter. LaMonte Wade, Jr. is hot for SF with a .385 average over the past week but he’s hitting just .125 vs. left-handers this season. David Villar and Lewis Brinson have both hit 3 HRs this week for the Giants.

Can Cubs Steal One?

The Giants were swept 2-1 and 4-2 in a double header in Milwaukee on Thursday so they could be a bit fatigued for Friday’s matchup, especially with an earlier start time. The Giants used an opener in both games against the Brewers, so they actually used just three ‘real’ relievers in the doubleheaders meaning the bullpen should be fresh.

San Francisco probably won’t need many relievers in the 9/9 Giants at Cubs matchup if Rodon is as sharp against Chicago as he was at the end of July. The current Chicago roster hits just .167 vs. Rodon, with David Bote having the most success at just 2-6.

Drew Smyly (5-8, 3.84 ERA) goes for Chicago looking for some runs as the Cubs have been shut out in two of his last three starts. Smyly gives Chicago some value as he has allowed just 1 ER in his last three home starts and has a 2.86 ERA at Wrigley Field compared to 4.45 on the road.

This seems like a coin flip game but 71% of the betting public likes the Giants. That’s likely due to Rodon seemingly giving San Francisco an edge, but Smyly has been very good at home lately for Chicago. This seems like a game the Cubs can pull out late 3-2 or 4-3.