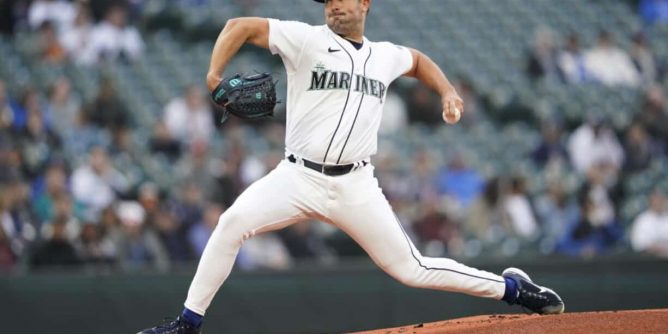 The drive for a dozen goes down in the July 15th Mariners at Rangers betting matchup as Seattle aims for their 12th win in a  row. The M’s are clicking right now, even rallying from a 5-1 deficit going into the 7th inning to get a 6-5 win in the series opener as +114 underdogs.

Seattle is up to a -164 favorite for Friday’s game two, as they seem to have the pitching edge with reigning AL Cy Young winner Robbie Ray (7-6, 3.15 ERA) on the mound. Texas counters with Matt Bush (2-1, 3.64 ERA) but only for an inning as he serves in an opener role. Over 80% of the betting public likes the Mariners in this spot.

One thing a bit concerning about paying -164 for Seattle in the July 15th Mariners at Rangers betting matchup is that they don’t give Ray a ton of run support. Seattle has scored 2 runs in each of his last four outings – but he’s been so good that those have all been wins. The Mariners did manage 11 hits in the series opener with Ty France and Eugenio Suarez each knocking in a couple runs apiece. Sam Haggerty was also 3-4 with an inside-the-park HR.

The Rangers had their chances on Thursday night, holding a 4-0 lead after the 2nd inning but letting Seattle chip away for the comeback win. Texas starter Martin Perez went 5.0 IP and allowed just 1 ER, but the bullpen allowed 8 hits and 5 ER over the final 4 innings.

Texas has now alternated wins and losses their last six wins which would leave them in line for a win – if not for facing Ray. The Rangers have just a .124 collective average against the Seattle starter, with Corey Seager striking out 16 times in 38 ABs vs. Ray.

Bush will get an inning before giving things up to the bullpen, and the Texas relievers being so shaky on Thursday night doesn’t breed a lot of optimism for Friday’s game two. The Rangers have the 9th worst bullpen ERA this season (4.08).

How do you not like Seattle in this one? Sure over 80% of public bettors agree which always makes a person wary but you’ve got Ray against an opener and a shaky Texas bullpen. The Mariners should pick this one up rather easily to run their winning streak to 12 games, which somewhat surprisingly still has them 11 games back of the Astros in the AL West.