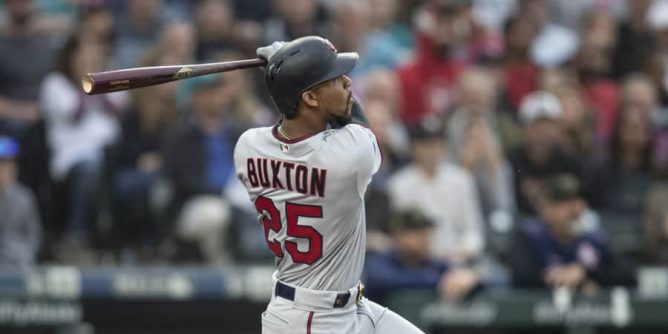 Cold weather swept through the Minneapolis on Thursday pushing the April 8th Mariners at Twins betting contest back to Friday. It’s definitely not a balmy Target Field with temps in the 40s and a 15 MPH wind, but it looks like the game is going to get in.

Seattle is coming off a somewhat surprising 90-72 season in 2021 and they just missed the postseason by two games in a very competitive American League. Minnesota was stuck in last place in the AL Central last year, but they have much higher expectations in 2022 – perhaps as high as a worst to first finish. Oddsmakers are expecting a good one, let’s see how the weather affects this Opening Day affair.

Seattle had an interesting offseason, with by far their biggest move bringing in defending AL Cy Young Award winner Robbie Ray giving him a $115 million deal to get the left-hander away from the Blue Jays. Ray was 13-7 last year with a 2.84 ERA to go along with a league leading 248 strikeouts.

The Mariners offense was 30th in batting average and 27th in OPS last season, but they should be much better this year. Seattle traded for all-star Jesse Winker who is a left-handed bat that had a career high 24 HRs last season and also got Eugenio Suarez in the deal – a solid third baseman who strikes out a ton but can also launch the ball with 49 HR back in 2019 and 31 last year. Julio Rodriguez has also made the opening day roster, the #3 prospect in baseball.

Twins Going For It

Minnesota had a busy offseason too, right up to the eve of opening day when they sent Taylor Rogers to the Padres for starting pitcher Chris Paddack and reliever Emilio Pagan. That follows the deal of Josh Donaldson to the Yankees for Gary Sanchez, and the most important move the signing of Carlos Correa coming off an all-star berth, a gold glove, and finishing 5th in AL MVP voting.

Even though Minnesota signed Sonny Gray in the offseason, rookie Joe Ryan is getting the start in the April 8th Mariners at Twins matchup. Ryan did make five starts last year, going 2-1 with a 4.05 ERA. Ryan had a good spring giving up 3 hits and 0 ER over 5.0 IP, but let’s see how that translates into the regular season.

Minnesota is a -120 favorite on Friday afternoon, which is somewhat surprising considering the teams’ respective records from a season ago. Sure the Twins have improved, but so has Seattle. Minnesota was just 38-43 at Target Field last season. and were 2-4 against the Mariners. About 54% of the betting public is backing Seattle in this matchup.

There has to be value on Seattle +105 in this spot with the defending AL Cy Young Award winner matching up against a pitcher in his sixth MLB start – and first ever on Opening Day. Minnesota picked up Correa and Buxton is healthy (for now) but the Mariners lineup is solid too.