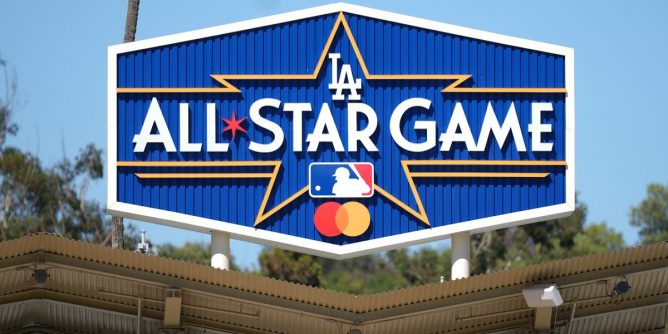 The 2022 Midsummer Classic is here between the top players from the National League and American League. The American League has dominated the series, winning the last eight contests and sporting a 26-6-1 record since 1988.

The first pitch of the All-Star game is at 8 p.m EST inside Dodger Stadium in Los Angeles, California. The National League is a slight favorite at -115, and the over-under total is 7.5 runs.

What to Know – American League

Southpaw Shane McClanahan (10-3, 1.71 ERA, 0.80 WHIP) will get the ball to open the game for the designated visiting team. McClanahan was lights out over the first half of the season to earn his first All-Star appearance. The talented 25-year-old struck out 147 batters over 110.1 innings of action.

Justin Verlander and Gerrit Cole won’t appear, but the American League has a bullpen of aces and top relievers to turn to as the game progresses.

What to Know – National League

The National League are in a great position this year to knock off the American League and the end the losing streak to their interleague rivals. A pro-National League ballpark paired with a strong lineup will only help the NL squad.

L.A.’s Clayton Kershaw (7-2, 2.13 ERA, 0.91 WHIP) gets the starting nod after a stellar first half. The nine-time All-Star selection was brilliant in July, allowing just one earned run over 22.2 innings of action. The 34-year-old has tossed 71.2 innings on the mound this season with 75 strike outs.

The NL team will be without a trio of stud starters, Corbin Burnes, Carlos Rodon, and Max Fried, for the contest.

Ronald Acuna Jr. will lead off for the N.L. with Mookie Betts and Manny Machado in the two and three hole. The slugging Paul Goldschmidt sits in the clean-up spot with Trea Turner, Wilson Contreras, William Contreras, Joc Pederson, and Jeff McNeil rounding out the starting lineup.

Historically, pitching has had the edge in recent All-Star contests, and the narrative is much of the same this year. The National League is favored, but we like the American league to keep things rolling behind their offensive lineup and pitching staff. Expect a low-scoring thriller with the A.L. on top.