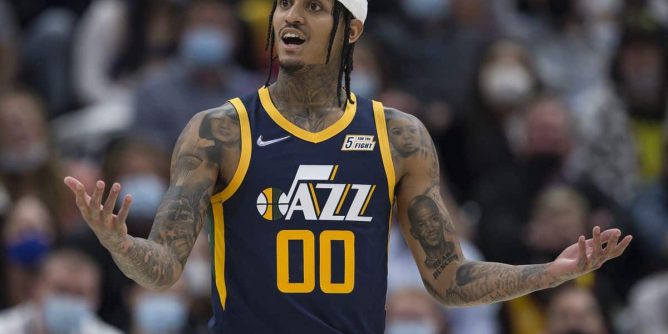 The Milwaukee Bucks (42-26, 18-14 away) visit the Utah Jazz (42-25, 24-10 home) in an interconference matchup between two of the top teams in the National Basketball Association. The two teams met earlier this season, with the Jazz, leaving Milwaukee with a 107-95 victory.

Monday’s tip-off is at 10 p.m. EST inside Vivint Arena in Salt Lake City, UT. Milwaukee is a 1.5-point road favorite, and the over-under total is 235.5 points.

What to Know – Milwaukee Bucks

The Bucks come into Monday night’s road tilt with a 7-3 record over their last ten games. Milwaukee sits in third place in the Eastern Conference standings, 2.5 games behind the first-place Miami Heat.

Giannis Antetokounmpo scored 31 points, but the Gold State Warriors used a 36-point third quarter to pull away from the Bucks on Saturday, 122-109. Khris Middleton added 18 points, and Serge Ibaka came off the bench to chip in 15. Milwaukee was beaten on the glass, getting out-rebounded, 55-39.

As a road favorite, Milwaukee is 5-1 against the spread over its last six games. However, the Bucks are 1-5 ATS over their previous six road games against a team with a home winning percentage greater than .600.

What to Know – Utah Jazz

Utah enters the new week with a 6-4 record in their last ten contests. The Jazz are in fourth place in the West, trailing the Phoenix Suns by 11.5 games.

Jordan Clarkson erupted for a career-high 45 points off the bench, leading Utah to a 134-125 home victory over the Sacramento Kings over the weekend. Bojan Bogdanovic tallied 26 points, and Donovan Mitchell supplied 25. Hassan Whiteside grabbed a season-high 21 rebounds to go along with his 12 points.

Utah is 0-4 ATS in its last four games after a victory. The Jazz are 6-1-1 ATS in their previous eight contests on their home floor.

Utah can sweep the season series Monday night with a victory on their home court. The Jazz have been a tough contest in Salt Lake, sporting a .705 winning percentage. Milwaukee had won six in a row before losing over the weekend to the Warriors, so the Bucks are coming in looking to bounce back into the win column.

Both teams can light it up offensively, with Utah possessing the better defense, especially at home. Take the Jazz at home in an evenly matched contest and basically a pick ‘um.