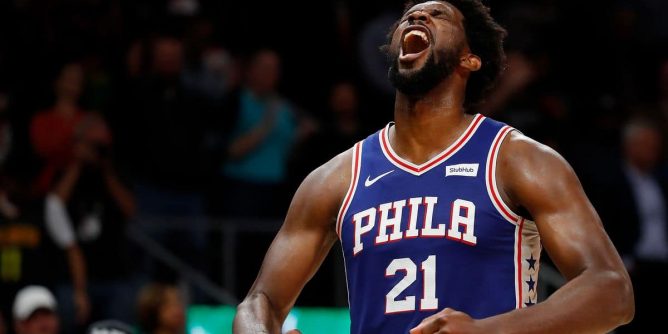 The Milwaukee Bucks (46-28, 20-16 away) challenge the Philadelphia 76ers (46-28, 21-16 home) in a battle between two of the top teams in the Eastern Conference. Both teams are just a half-game back in a tight race atop the divisional standings. These two teams have split a pair of earlier contests played this season, with Milwaukee taking the first encounter (118-109) and Philadelphia owning the second (123-120).

Tuesday’s tip-off is at 7 p.m. EST inside the Wells Fargo Cente in Philadelphia, PA. The 76ers are a 1.5-point favorite, and the over-under total is at 227.5 points.

What to Know – Milwaukee Bucks

Milwaukee enters the final week of March winners in four of its last six contests. The Bucks are close to locking up a playoff bid with under two weeks remaining in the regular season.

Milwaukee’s defense limits opponents to 111.2 points per game, seventh in the division, holding teams to 45.3% shooting from the floor and 35.2% beyond the arc.

Milwaukee is coming off a 127-102 defeat to the Memphis Grizzlies on Saturday night in Memphis. The Bucks got a game-high 30 points from Giannis Antetokounmpo, who also grabbed 11 rebounds. Milwaukee turned the ball over 13 times and could never get it going from deep, hitting 7-of-32 shots from the outside.

The Bucks are 35-39 against the spread and 19-17 ATS on the road. Milwaukee is 5-2 ATS over their last seven games matched up against the Sixers.

What to Know – Philadelphia 76ers

The Sixers broke up a three-game winning streak with a loss Sunday to the Phoenix Suns. Philadelphia, even with the Bucks in the standings, is another team destined for a playoff appearance as the season winds down.

The Suns survived Sunday’s showdown with Philadelphia, 114-104, in the desert. Joel Embiid led the way for the Sixers with 37 points and 15 rebounds. The shooting from deep was the difference, with the Suns hitting 48.1% of their shots compared to the Sixers’ 27.8% shooting.

Philadelphia is 36-37-1 ATS with a 15-22 mark ATS at home. The Sixers are 0-7 ATS in their previous seven contests played on Tuesday nights.

The winner of Tuesday night’s contest can possibly get into a tie with the Miami Heat and Boston Celtics. With both teams coming off a loss over the weekend, look for the two franchises to come out with a sense of urgency. Tuesday’s tilt will be fun with Embiid battling Giannis, and we like the hosts to pull out a big victory over the visiting Bucks.