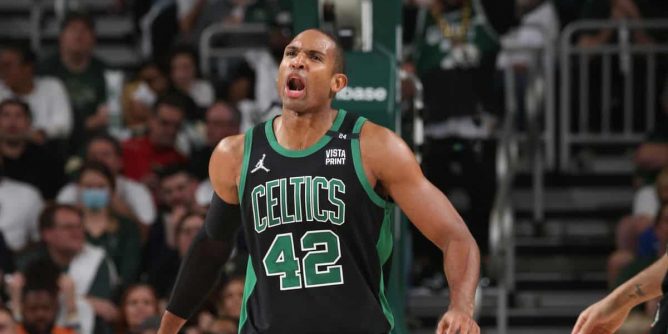 The Miami Heat and Boston Celtics tangle in Game 4 of the Eastern Conference Finals, with the Heat holding on to a 2-1 advantage in the series. Miami won the opener, Boston took Game 2, and the Heat bounced back to capture Game 3 and take the series lead.

Monday’s contest tips off at 8:30 p.m. EST inside TD Garden in Boston, Massachusetts. The Celtics are a 6.5-point home favorite, and the over-under total is 207.5 points.

What to Know – Miami Heat

The Heat are two wins away from returning to the NBA Finals for the second time in three seasons. Miami was the top seed in the Eastern Conference after posting the best record in the East during the regular season. The Heat are banged up; watch out for any news throughout the day regarding the status of some of their key players.

Miami’s offense runs through the play of Jimmy Butler, who is averaging 28.1 points per game and looking like a playoff MVP candidate. Butler has filled up the stat sheet in the postseason, pulling down 7.2 rebounds and dishing 4.9 assists per game.

When Butler isn’t scoring, look for Bam Adebayo (14.9 ppg) and Tyler Herro (13.5 ppg) to pick up the slack. Adebayo is a strong presence inside the paint, and Herro gives the Heat a sharp-shooting threat from the arc.

Boston doesn’t have to win Monday night, but the Celtics certainly would like to even the series and not fall behind, 3-1. The Celtics are busy in the training room also as the roster is feeling the effects of an 82-game regular season and deep playoff run.

The Celtics use a more balanced approach to scoring on offense. Jayson Tatum (26.9 ppg) and Jaylen Brown (23.7 ppg) are the two primary scorers, both hitting over 43% of their shots from the field in the postseason.

Marcus Smart (15.8 ppg) and Al Horford (13.3 ppg) both have been banged up over the last week but allow Boston to have multiple scoring threats on the floor at one time. Smart is the only player of the two listed on the injury report for the Celtics heading into Game 4.

The Celtics need to make a statement Monday night if they want to have a shot at a return to the NBA Finals. Miami is banged up, and Boston has them on its home floor. It is now or never for the Celtics.