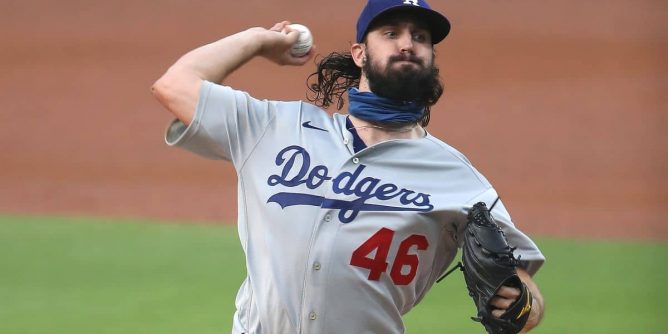 The Los Angeles Dodgers (1-0, 1-0 away) continue their opening series against the Colorado Rockies (0-1, 0-1 home) Saturday night in a National League divisional showdown. Los Angeles took the opener on Friday afternoon, 5-3. The two squads will wrap up the three-game set on Sunday.

The first pitch of Saturday’s contest is at 8:10 p.m. EST inside the confines of Coors Field in Denver, CO. Los Angeles is -160 on the moneyline, and the over-under run total is 11.5.

The Dodgers’ offense somehow got better over the offseason with the addition of first baseman Freddie Freeman from Atlanta. Los Angeles opened the season as the favorite in Vegas to reclaim the World Series trophy. The victory moved Los Angeles to 49-20 against the Rockies since 2018.

Right-hander Tony Gonsolin is the Dodgers’ fourth arm in the rotation but will take the mound in Saturday’s contest. The 27-year old has played in 35 games over three seasons in the big leagues, hurling 142.1 innings with a 10-5 record, a 2.85 ERA, and a 1.09 WHIP. Gonsolin was injured most of last season, appearing in 15 games with 13 starts.

Freeman reached base three times in his Dodgers’ debut, scoring a run and roped a single in the sixth for his first hit with his new franchise. All of the Dodgers’ runs came in the fourth inning, ignited by an RBI double from Mookie Betts. Walker Buehler toed the rubber and picked up his first win, firing 5.0 innings, scattering four hits, two walks, two earned runs, and striking out five.

What to Know – Colorado Rockies

Colorado lost long-time shortstop Trevor Story to the Red Sox in free agency, but the Rockies added utility man Kris Bryant to the lineup. The Rockies are projected to finish fourth in the NL West as the franchise continues to rebuild.

German Marquez will get his shot on the mound against the potent Dodgers lineup. Marquez begins his seventh season in Colorado with a respectable 54-41 record, 4.28 ERA, and 1.27 WHIP over 814.1 innings. The 27-year old right-hander was 12-11 last season with 176 strikeouts over 180 innings.

The Rockies jumped out to an early 2-0 lead in the second thanks to a Randal Grichuk RBI ground out and RBI single from Jose Iglesias. Bryant went 1-for-4 with a walk in his first game at Coors Field. Kyle Freeland made the start and took the loss for Colorado, lasting 3.2 innings and allowing five runs on five hits, with a pair of walks and six strikeouts.

The two NL West rivals get a rare warm April night in Colorado, with temperatures expected to be near 70 at first pitch. The warm weather paired with the high elevation will have the baseball jumping off of bats. These two pitchers will need their best stuff in their opening starts to keep these lineups in check, but we don’t see that happening.