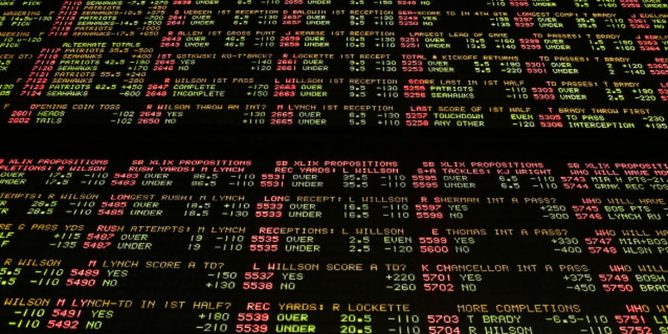 The summer slowdown has certainly taken place as sports betting handles have declined across the industry for June. According to the Iowa Racing and Gaming Commission, the Hawkeye State was another state that reported a steep decline.

Iowa’s sports betting handle noted a decline of 17.2 percent from May’s total of $147.9. As a result of the Hawkeye State’s $122.4 million monthly handle, it became the 12th state to reach $4 billion since the market launched in 2019.

Iowa has become a prominent market in the industry, but just like the rest of the states, it couldn’t escape the summer downtown, which will last a few more months. The handle noted a significant decline as the hold rate was slated at 5.4 percent, which is more than three percent lower than the previous month. This was well below the national average for the month.

Out of the $122.4 million in wagers, $111.2 million was placed on mobile platforms or 90.8 percent. The remaining $10.5 million was placed at retail locations throughout the state. Due to a lower hold rate, sportsbook operators brought in less revenue for the month. However, the year-over-year figures are up 10.1 percent from June 2021.

Examining the Revenue Figures for June

Bookmakers that accept wagers in Iowa were able to collect $6.6 million in revenue, which was the lowest total for the year and the lowest total since October 2021, when operators registered a similar amount. Revenue numbers dropped 48 percent as a result of this sharp decline in its hold rate.

Despite the handle numbers dropping, the revenue figures are also up 22 percent when compared to last June. With this, the state was able to collect $450,000 in taxes for the month, which raised the collected tax total to $4.7 million. It’s about $1 million more than last year when compared with the same time frame.

Iowa has been a strong market in the sports betting industry, but operators in the state have had a hard time posting a strong hold rate. The 8.5 percent hold rate in May was the only time in the last 11 months that sportsbooks registered a hold percentage above seven percent.

The mobile sports betting handle has mostly been dominated by three bookmakers, which include DraftKings, FanDuel, and Caesars. The gap between first and third has widened when compared to last month, and Caesars continues to lose market share.

The gap between DraftKings and Caesars expanded to $9.6 million as Caesars registered an online handle of $22.7 million. This was the bookmaker’s lowest handle in the Hawkeye State since August 2020, as the company posted a handle of $20.4 million in that month.