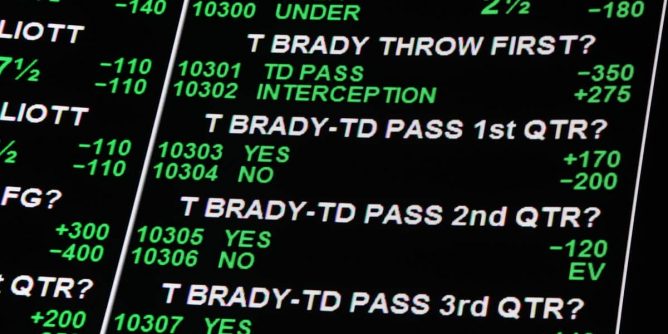 Illinois sports betting has become a perennial market in the industry due to many factors like the Prairie State has many professional franchises and collegiate programs. However, overturning the in-person registration rule in March helped the state generate more revenue due to its convenience.

With the Spring months into play, it was expected that handles across the industry would drop. The Illinois Gaming Board reported a handle that slightly exceeded $839 million, which noted a 13.6 percent decrease from March’s record of $971.3 million.

Without big events like the Super Bowl and March Madness taking place, the average betting volume is expected to halt going into the Summer months as well. Regardless, Illinois is still a prominent market in the industry.

The state of Illinois has seen its year-to-date 2022 sports betting handle reach $3.36 billion as of April, which puts the Prairie State in the top three. The two states that were ahead of Illinois were New York and New Jersey, which had year-to-date handles of $6.26 billion and $4.38 billion, respectively. Nevada was slightly behind with $3.33 billion, and Pennsylvania rounded out the top five with $268 billion.

What Mobile Sportsbook Operators Played a Role in April for Illinois

FanDuel has easily become the most popular sportsbook in the industry, and it has extended its lead in Illinois. FanDuel generated a total of $287.9 million in wagers for the month, which led to $33.4 million in adjusted revenue. The reason behind this success was due to the hold rate of 11.6 percent, which meant the parlay results went the house’s way.

DraftKings secured the second position in the market with a handle of $217.7 million which resulted in $14.2 million in revenue generated for the month. The bookmaker still had a strong hold percentage of 6.5 percent. The CEO of DraftKings has also focused on the same-game parlay approach that competitor FanDuel has started.

The newest member of the Illinois sports betting market is BetMGM which started its first full month of the mobile business operation in the Prairie State. In fifth place, the sportsbook had a total handle of $50.8 million, which was higher than both Barstool and Caesars.

The Illinois Gaming Board reported an adjusted revenue handle of $70.5 million thanks to a combined hold rate of 8.1 percent, which was the highest total since November 2021. The state was able to collect a total of $11 million for the month. With the in-person rule eradicated, retail sportsbooks took a hit for the month with a combined handle of $28.7 million and $1.7 million in revenue.

What Sports Categories Led the Way in April for Illinois

As the Semi-Finals and National Championship games were part of the April handle, the last set of March Madness games were played in April. The NBA playoffs also kept the average betting volume high for the month.

Sportsbook operators throughout the country will witness a major drop in their handles when the industry heads in the summer months. The volume will not pick back up until the NFL season and college football season start.