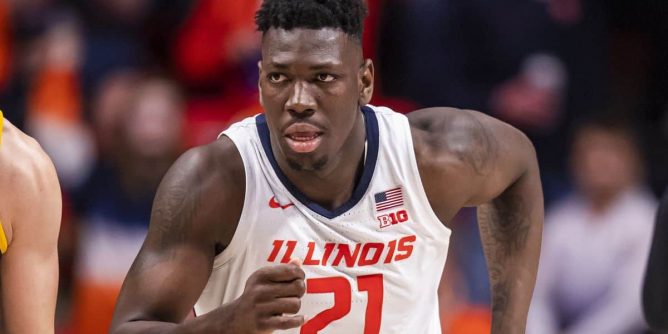 A key Big Ten matchup is in store on Saturday when the #12 Illinois Fighting Illini (18-7, 11-4 Big Ten) visit the #19 Michigan State Spartans (18-7, 9-5 Big Ten). Both teams have struggled with consistency this season and are coming off losses as favorites. Illinois defeated MSU at home in mid-January, 56-55.

Saturday’s tipoff is at Noon EST inside the Breslin Center in East Lansing, MI. The spread is currently a pick ‘um, and the over-under total is at 139.5 points.

What to Know – Illinois Fighting Illini

The Fighting Illini try and bounce back after a tough loss at Rutgers earlier in the week. Illinois has dropped two of its last three games and fallen a half-game back of the top spot in the Big Ten standings.

It was an off-night shooting for the Illini in its 70-59 defeat inside the RAC against the Scarlet Knights. Illinois connected on only 37.9% of its shots and was just 6-of-23 from beyond the arc. Kofi Cockburn collected his 14th double-double, scoring a game-high 20 points and securing ten rebounds.

Illinois is 11-14 against the spread this season and 3-6 ATS on the road. The Fighting Illini are 2-7 ATS over their previous nine games and 2-5 ATS in their last seven against the Spartans.

What to Know – Michigan State Spartans

Michigan State’s lost three of its last four conference matchups and tumbled to the middle of tightly-contested Big Ten standings. Even with the tough stretch, Michigan State remains just two games behind the league’s leaders.

The biggest question mark heading into Saturday’s contest is which team is going to show up. Neither team has played particularly well over the last two weeks at a time when you expect your team to be hitting their stride.