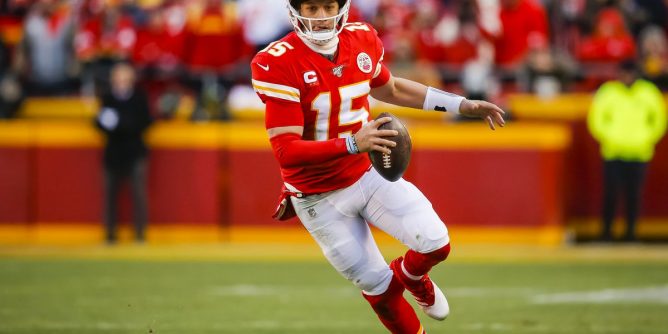 The Kansas City Chiefs (1-1, 1-0 home) host the Green Bay Packers (1-1, 0-1 away) in a preseason battle between two teams that made the postseason last year anchored by two of the best quarterbacks in the league.

Both teams opened up the preseason with defeats but bounced back in Week 2 to get in the win column. The contest will conclude the preseason slate for the two teams.

Thursday’s kickoff is at 8 p.m. EST at GEHA Field at Arrowhead Stadium in Kansas City, Missouri. The Packers are a one-point road favorite, and the over-under total is 36.0 points.

What to Know – Green Bay Packers

Green Bay bounced back last week with a 20-10 victory over the New Orleans Saints last week. The Packers open the 2022 NFL season on the road against the Minnesota Vikings.

Aaron Rodgers hasn’t seen action in the preseason and won’t see the field in Thursday’s preseason finale. The quarterbacking duties belong to former first-round pick Jordan Love who’s had an up-and-down preseason. Love tossed three interceptions in the opener against the 49ers but looked better last week, not turning the ball over once.

Expect the Packers to play it safe with their two-headed backfield of Aaron Jones and AJ Dillion as well. Undrafted rusher Tyler Goodson has gotten a majority of the carries in the preseason, and he and Patrick Taylor should lead the backfield again this week.

At wide receiver, Romeo Doubs has looked solid through the first two contests. Doubs is fighting for a second-string spot behind starters Allen Lazard, Sammy Watkins, and Randall Cobb.

What to Know – Kansas City Chiefs

The Chiefs also come into the preseason finale after a 24-14 victory last week against the Washington Commanders. Kansas City begins the regular season on the road against the Arizona Cardinals.

Starting quarterback, Patrick Mahomes, got his reps in last week’s game and will sit back in this one and watch the backups handle the quarterbacking duties. Chad Henne, Shane Buechele, and Dustin Crum should all see action.

Tyreek Hill is gone at wide receiver, and the Chiefs made sure Mahomes still had plenty of weapons with the addition of Marquez Valdez-Scantling from Green Bay and JuJu Smith-Shuster from the Steelers. Those two wideouts likely won’t see many reps Thursday night as a precaution heading into the season opener in two weeks.

The final preseason game for most teams will showcase a lot of the players on the roster trying to secure a spot on the team before the final cuts widdle the roster down to 53 individuals. Most of the action will go to the No. 3 and No. 4 players on the depth chart and players who currently don’t have a roster spot.

The Chiefs have a better roster and are playing at home. We like Kansas City here in what’s essentially a toss-up.