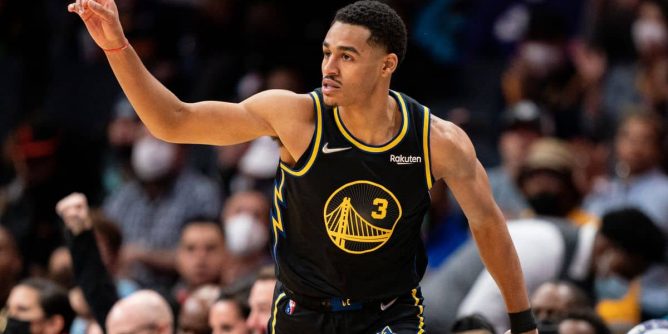 These two basketball teams will face each other in a pivotal Game 3 at Ball Arena in Denver, Colorado, on Thursday night, with tip-off set for 10 p.m. ET. The Golden State Warriors lead the Denver Nuggets 2-0 in this series. This is the first round of the NBA Playoffs, and this is a western conference match-up.

Golden State is looking like a total powerhouse offensively right now. The Warriors are coached by Steve Kerr. This basketball team has that championship pedigree.

Denver needs to find answers in this series in a hurry, or they are potentially going to get swept. The Nuggets are coached by Mike Malone. Having Jamal Murray and Michael Porter Jr. sidelined due to injury has hurt Denver in this series alone.

Golden State’s overall record against the spread so far this season is 43-37-4.

Denver’s overall record against the spread so far this season is 37-47-0.

Steph Curry has come off the bench for the Golden State Warriors in this series, and it might continue to stay that way. He only played in 22 minutes in Game 2 for them. Curry did explode for 34 points, grabbed three rebounds, and recorded three assists.

Jordan Poole has emerged as a reliable starter for Golden State. He is one of the hottest players in the NBA right now. Poole scored 29 points on 62.5 percent shooting from the field, and he also grabbed five rebounds, recorded eight assists, and recorded two steals in Game 2.

Klay Thompson shot 47.4 percent from the field for the Warriors in Game 2. He is getting his minutes back as up as he played in 35 minutes in Game 2 for this basketball team. Thompson scored 21 points, grabbed two rebounds, and recorded one assist.

Nikola Jokic was ejected in Game 2 for the Denver Nuggets because he received two technical fouls. He has been their best player on the court for the first two games throughout this series and also throughout the entire NBA regular season. Jokic scored 26 points, grabbed 11 rebounds, recorded four assists, and blocked two shots.

Will Barton recorded a double-double in Game 2 for Denver. He has been their second-best player for the most part. Barton scored 12 points on 33.3 percent shooting from the field, also grabbed 10 rebounds, recorded two assists, and recorded one steal.

This is a very favorable spread for this basketball game.

The Golden State Warriors will take down the Denver Nuggets to take a convincing 3-0 lead in this series.

Bet Golden State (-2) points spread against Denver and also bet the under 223 total points scored in this basketball game between these two teams.