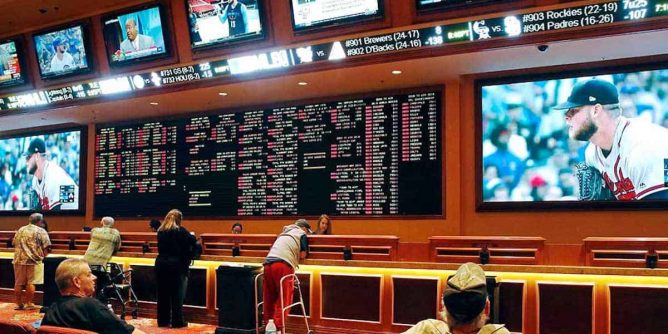 FanDuel Sportsbook in New York has enjoyed success ever since the mobile sports betting market launched on January 8th. Taking its marketing to new heights, FanDuel Group announced a multi-year partnership with the New York Yankees to become the official sports betting partner of the franchise.

FanDuel’s Success in the Empire State

FanDuel has emerged as the state’s favorite sportsbook for bettors in the state. In March, bettors in the Empire State wagered $1.63 billion, and FanDuel had a 41 percent market share. This is an increase from 37 percent in February and 31 percent in the first month of operation.

The operator was already a sponsor of the New York Yankees through its daily fantasy sports product. However, becoming the official sports betting partner for the pinstripes is on a massive scale as FanDuel’s mission is to stay as the United States’ largest sportsbook operator.

The financial terms of this agreement weren’t disclosed. However, being aligned with one of the world’s iconic franchises isn’t an easy task to achieve.

What is in the Blueprint of the Partnership

Due to its exposure in New York, FanDuel is quickly becoming the industry’s largest sportsbook operator. The brand has also become one of the most recognizable brands in the entire state. FanDuel has surpassed its competitors as it has seen a higher number in regards to both the handle and revenue.

Under the terms of the agreement with the two parties, FanDuel will be permitted to use the New York Yankees’ logos and marks with anything marketing-based. The sportsbook operator will have premium VIP hospitality accommodations at Yankee Stadium which will permit access to FanDuel VIP members.

Fans who have tickets for the club will have better access to games. FanDuel signage will also be in right-field and rotational signage behind home plate during television broadcasts. Mike Raffensperger, who is the CMO of FanDuel Group, stated in a press release;

“One of our company values is to be absurdly fan-focused, and there is no fanbase more passionate about their team than Yankees fans which makes this a natural fit.”

Many organizations across the MLB and other leagues have extended partnerships with sportsbooks as sports betting is becoming more mainstream.

There is no doubt that the league still has a strict no gambling policy for players, coaches, and other employers of the league. However, organizations and even players will start pushing for partnerships as it will most likely interest more fans to come to the stadiums across the country.

Rockies outfielder, Charlie Blackmon, became the first player in the MLB to enter a partnership with a sportsbook operator. He will have the opportunity to be involved in marketing campaigns, fan engagement events, promotions, social media content, and other brand-related events.

That 13,000 square-foot venue will be located on the Excelsior Level at Citi Field, which is scheduled to open at some point this season. On the other hand, the cross-town rivals New York Yankees and other organizations in the metropolitan area are looking to add betting kiosks to their home arenas and stadiums.