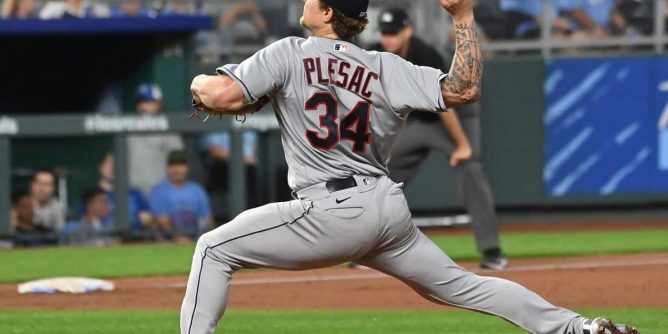 The Cleveland Guardians (44-44, 23-19 away) and the Detroit Tigers (37-53, 14-29 home) tangle in an American League Central weekend showdown to close out the first half of the season. Cleveland opened up the series by shutting out the Tigers with a 4-0 victory. Detriot owns a 7-3 record against the Guardians this year.

Friday’s first pitch is at 7:10 p.m. EST inside Progressive Field in Cleveland, Ohio. The Guardians are heavily favored at -190, and the over-under total is eight runs.

What to Know – Detroit Tigers

Detroit continues to rebuild their organization, and youth and inexperience has shown this season. The Tigers are fourth in the AL Central, trailing the leading Minnesota Twins by 11.5 games. Detriot has dropped six of its last seven contests.

The right-hander Drew Hutchison (1-4, 4.08 ERA, 1.36 WHIP) is expected to take the ball for the Tigers. Hutchison has pitched well in his first two appearances this month, picking up his first victory of the season against Cleveland earlier in July. The 31-year-old has 35.1 innings pitched, 16 earned runs, 31 hits, 17 walks, and 22 strike outs.

Runs have been hard to come by for the Tigers, but Javier Baez is leading the lineup with nine home runs and 35 runs driven in. Future Hall of Famer Miguel Cabrera continues to produce at the plate with .290 batting average and 34 RBIs.

The Tigers are 27th in the majors, hitting .230 as a team and average an MLB-low 3.1 runs per game. Detriot’s pitching staff has a 4.05 team earned run average, 21st in the league.

What to Know – Cleveland Guardians

The Guardians enter the final week of the first half even though their first 88 games and looking to close out on a positive note. Cleveland remains in second place in the AL Central, trailing the Twins by 3.5 games.

Right-hander Zach Plesac (2-7, 3.99 ERA, 1/24 WHIP) is the probable starter for the Guardians. Plesac looks to get a victory in his final appearance of the first half after taking losses in three of his last four appearances on the mound. The 27-year-old has thrown 90.1 innings, allowing 40 earned runs on 89 hits and 23 walks with 65 punch outs.

Jose Ramirez powers the Guardians offense with 69 RBIs, second amongst hitters in the MLB. Josh Naylor (12 HRs, 44 RBIs) and Andres Gimenez (10 HRs, 42 RBIs) are both on track to post-season-bests at the dish. Franmil Reyes has four home runs in July since returning from the injured list.

Cleveland scores 4.3 runs per game thanks to a .247 team batting average that ranks 11th in the MLB. The Guardians’ pitching staff is 18th in the majors with a 3.94 team ERA.

Detroit has had Cleveland’s number this season, but the Guardians get the job done behind the hitting at the top of their lineup. Plesac controls the Tigers’ offense and notches his first victory since early June.