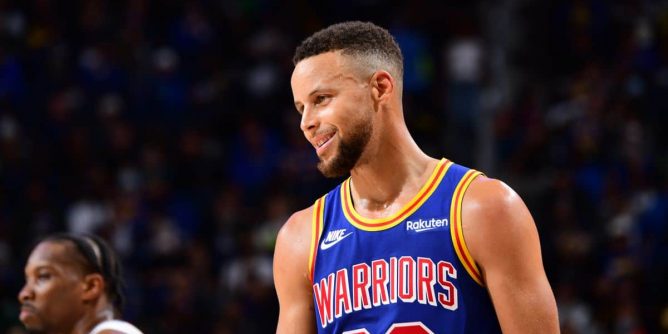 Game 5 between the Golden State Warriors and Dallas Mavericks takes place Thursday evening, as the Warriors lead the series 3-1, which means they’re one win away from clinching an NBA Finals berth.

With the series shifting back to San Francisco, the Warriors are favored by a -7 spread to close out the series.

Can Golden State bounce back?

The Warriors had an off game after essentially owning the Mavs the entire series, as Stephen Curry had just 20 points on 7-of-16 shooting to go along with eight assists and five rebounds. If Curry’s teammates had picked him up a little more, perhaps his performance would’ve been good enough.

While the Warriors struggled to be the 3-point juggernaut they usually are as a team, it’s not wise to think that they couldn’t turn it on at any given moment.

The trust and camaraderie with one another, in addition to their willingness to pass the ball around, makes them a huge threat night in and night out. A downside for how they play basketball, though, is that if they can’t make their threes, then it could be tough for them to get their offense going.

Can Dallas capitalize on the win?

The Mavs finally got a win in this series, getting great production from multiple guys. Luka Doncic carried the load with 30 points, 14 rebounds, nine assists, two steals, and two blocks.

Dorian Finney-Smith provided 23 points on 9-of-13 shooting and six rebounds. Reggie Bullock chipped in with 18 points.

When the Mavs get their core group of guys going, they are as tough a team to beat as any. Doncic will tear up just about any defense with his generational ability to put the basketball in the hoop and set his teammates up for great looks.

The floor spacers are particularly useful for Doncic when he chooses to attack the rim and draw multiple defenders.

Although the Mavs may come up short in getting to the Finals this season, this team could be a fixture in the later playoff rounds for years to come if they can add a legitimate co-star next to Doncic.

The Mavs were able to avoid a sweep, as that should do at least some good for their morale.

However, they don’t really match up too well with the Warriors just yet, which has affected their ability to be more competitive in this series.

Having said all of this, we should all expect the Warriors to wrap up this series back in front of their home fans and cover the spread.