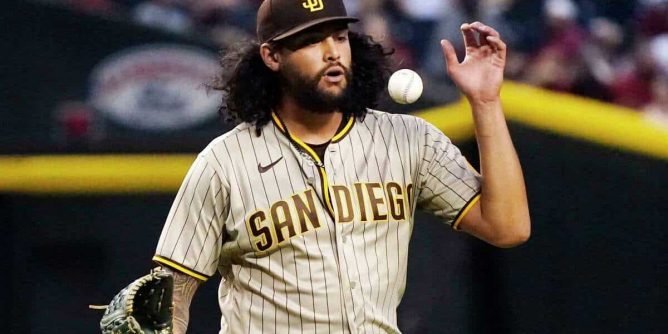 What to Know – Cincinnati Reds

Cincinnati hasn’t started the season the way it would have liked, losing its last six contests and tumbling to last place in the NL Central. The Reds, who lost slugger Nick Castellanos in the offseason when he opted out of his contract to sign with the Phillies, were projected to finish fourth in the division and miss the playoffs.

Rookie left-hander Nick Lodolo (0-1, 11.25 ERA, 2.50 WHIP) makes his second trip to the mound in the opener. Lodolo struggled in his MLB debut, conceding five earned runs on seven hits and three walks over four innings. The 24-year-old struck out four but allowed two home runs in a loss to the Cleveland Guardians.

The Reds’ offense has struggled over the last week, scoring only ten runs over their last five games. Cincinnati’s .254 team on-base percentage is the worst in the majors.

Catcher Tyler Stephenson has been a bright spot in a rather dull lineup so far. The 25-year-old backstop has a pair of home runs and six runs driven in. Stephenson had success against the Padres in 2021, finishing 6-of-16 at the dish against the Friars.

The Padres split a four-game set in SoCal against the defending World Series champion Atlanta Braves over the weekend and continue their homestand this week against the Reds and Dodgers. San Diego will be without the services of All-Star shortstop Fernando Tatis Jr. for at least three months.

Sean Manaea (1-1, 1.38 ERA, 0.54) aims to keep his hot start on the hill going for the hosts. The veteran southpaw has surrendered just two runs over 13 innings, picking up a win in the season-opener against the Arizona Diamondbacks. Manaea is in his first season with the Padres after six years in Oakland.

San Diego has scored 4.3 runs per game this season, ranking them right in the middle of the pack amongst MLB teams. The Padres’ .322 team on-base percentage is 20th in the league.

Inconsistencies have plagued the Padres’ offense through the early goings of the season, but first baseman Eric Hosmer (.378 BA) and third baseman Manny Machado (.318 BA) have stepped up in Tatis Jr.’s absences at the dish. Hosmer has collected hits in eight of the 11 games this year.

It is going to be a tough year for the Reds this season as they bring up a crop of young talent both on offense and the pitching staff. The Padres roster is built for a deep playoff run, and adding Manaea to the pitching staff in the offseason emphasized San Diego’s commitment to winning now.

With Manaea in mid-season form, look for the veteran to shut down the Reds offense and the Padres to take care of business at the plate against the rookie Lodolo.